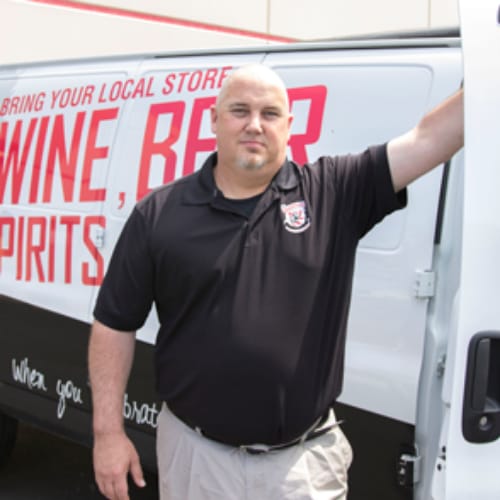 When you order a draft beer at your favorite watering hole, you probably don’t know how much work goes on behind the scenes before the bartender pulls that beer tap. But luckily for you, Bill Day does. He is Heidelberg’s draft technician and special events coordinator in the Toledo area and he’s been setting up and trouble-shooting draft beer systems for nearly 10 years.

“Heidelberg sent me to Coors University for training when I first joined the company,” says Bill, who previously worked in the beer industry in Michigan. “Installing draft beer systems is always a challenge because you never know what you’ll find, either in an old building or a brand new one.”

Bill might have to cut through a wall, floor or ceiling to connect beer lines coming from kegs of beer to that great-looking tap handle you see on the other side.

And, since he constantly checks up on retail customers and fixes any problems after installation, many accounts refer to him as the “Keg Doctor.”

Bill meets with organizations planning festivals and fund-raisers to give them advice about how much product they might sell, the best equipment to use and what selections are available from our three Heidelberg divisions in Toledo. Then he loads the trucks and trailers, delivers and sets up equipment and even works during the event!

“Heidelberg is like a family,” says Bill. “The company actually cares about you and that makes it great to come to work. I love what I do because I’m helping sell more draft beer.”

When he’s not tending to draft beer, Bill loves to spend time with his wife and four-year-old son.