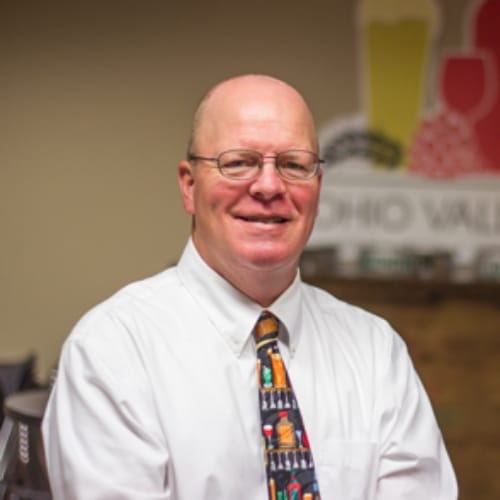 Bob Toerner has been in the wine sales business for 27 years. After graduating from Indiana University, Bob began his career with Allied Wine in Dayton prior to the company being purchased by Heidelberg. After Heidelberg acquired Allied Wine, Bob was moved to Ohio Valley Wine & Beer and his career in the Heidelberg family began. September of 2016 marked Bob’s 23 year anniversary with OV.

Having spent his career in sales, Bob is driven by launching new brands as well as adapting to the competition that the market throws at him. “If I got off before five o’clock I would feel strange,” Bob says. “I wouldn’t know what to do with myself”.

He embraces the day-to-day spontaneity of checking his accounts, interfacing with different people and navigating different scenarios. “Every day is a different day, every week is a different week,” says Bob. “Last week you might have tasted wines with somebody and they didn’t care for it. Next week you bring three more wines in and they love it”.

Bob is married with two children; one teenager and one adult and will soon be a first time grandpa, as a granddaughter is on the way. He is also a self-proclaimed “sports-nut” and is heavily into fantasy football. Pro football, baseball and college basketball are his three favorite sports. When he is not watching sports, Bob also likes to grill. His favorite beverage to have with his barbecue is anything from Joel Gott Wines.