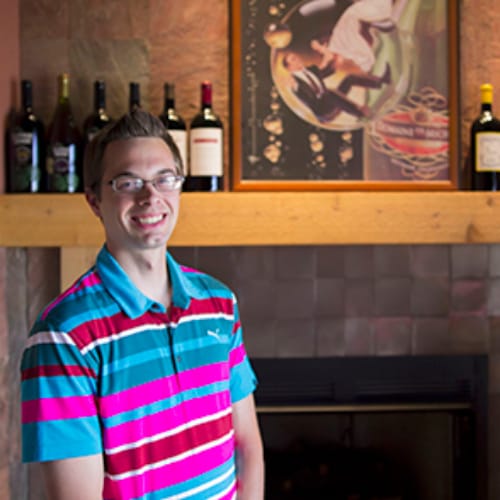 Some people are just born to do a certain job. It doesn’t mean they don’t have to work hard or don’t face their fair share of challenges, but their personality and skill set just make them a natural fit for their chosen career. For Brett Pohlman, a tireless work ethic and an affinity for forming professional relationships has made him one of the top performing sales professionals in the company from Day 1.

Brett attributes his success to forming solid relationships with the managers of his retail accounts.

“It’s important to show them you’re not there to change the way they do business,” he said. “You’re there to help them maximize their business any way you can.”

While he largely calls on accounts that are part of large regional or national chains, Brett says it’s important to remember that although each store is expected to operate according to the parameters set by the corporate office, each account is unique in its own way.

“Maybe one account wants big floor displays. Another might want only a few displays but puts a priority on items that won’t stay on the shelves for long,” Brett said. “It all comes back to getting to know the manager and the account as a whole.”

When he’s not out on his route in southwest Toledo, Brett likes to unwind by maintaining his salt water aquarium, a perfect hobby for someone with such meticulous attention to detail.