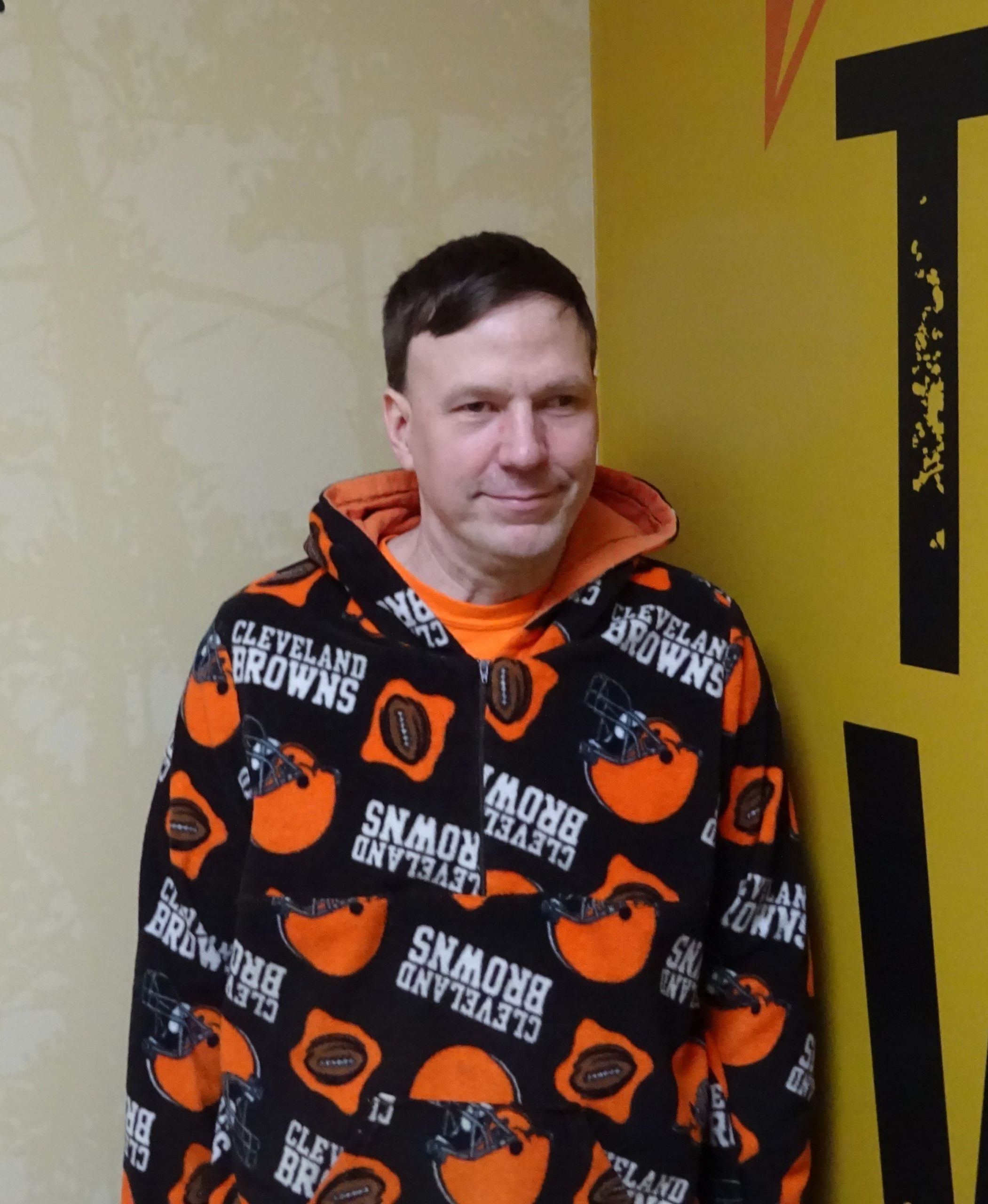 In 2019, Cleveland Operations Associate Brian Angyal celebrated his 17th year with the company. He was hired into the warehouse back in 2002 and has been a mainstay ever since. “I was hired on to work second shift and that’s where I still work,” says Brian. “All this time later and I am still right where I began.”

Over 17 years on the job, Brian has his job down to a science. “We get rolling about 6:30 p.m. each night. You come in and grab your headset and get your orders,” he says. “We’ll put in four full nights each week and we’re usually a little less than full hours on Sunday, so we definitely stay busy.”

“We’re pulling orders and transfers and building pallets for deliveries,” Brian says. “One of the main things we constantly work on is making sure that we’re getting the orders correct and filled properly the first time.” While the goal remains the same for Brian and the rest of the crew on second shift, the way they go about pulling the orders has changed since he first began.

“When I first started we had a line that all of the product would go down after getting pulled off the racks,” Brian says. “We are now using the pick to pallet system, which makes things a lot easier and faster.”

With the pick to pallet system, picking errors are down and the pace of the job is much faster than with the line system. “We can do a lot more in the warehouse in a shorter period of time,” Brian says.

With October, November, December being the busiest time of the year for Heidelberg’s sales pros, that means the extra product sold will need to be picked and loaded onto trucks by the men and women of the warehouse. “We’re busy all of the time,” says Brian. “But it’s really busy during holiday time. In the Cleveland warehouse, we’ve got certain products that once the season hits, we send them out as fast as we can get them in.”

Regardless of the time of year, five nights a week, you can expect to see him in the warehouse. “Brian is an extremely dedicated hard worker,” says Cleveland Night Shift Manager Saf Kaldas. “We can always count on him to perform at a high level without errors. He also hasn’t called off in over 17 years!”

When he is not picking beer, wine and other beverages for Heidelberg’s Cleveland area retail partners, Brian spends his free time going to the movies and cheering for his favorite sports teams. “I root for the Browns, Indians, Cavs and Ohio State,” Brian says. “I also love superhero movies, especially ones based on the Marvel Comic books.”