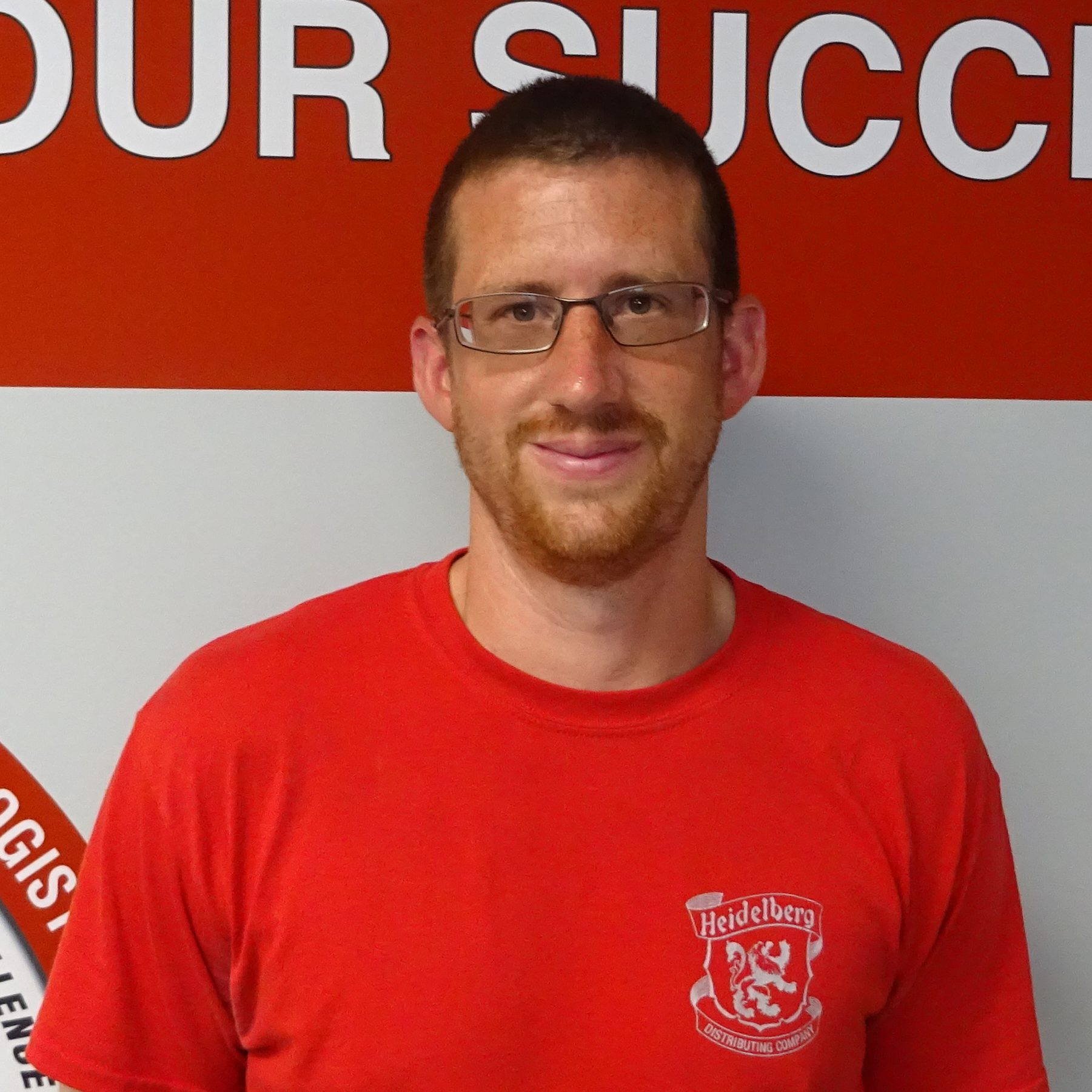 It may have taken him a bit of time and it’s not the career path that he started on after graduating from Northern Kentucky University but Louisville Warehouse Manager Cory Gonya has found his career niche.

Raised in the Louisville, Kentucky area, Cory was an accomplished soccer player in high school and took his talents to the collegiate level and played soccer for a season with NKU while working towards his degree. “I was a quad major, studying criminal justice, political science, history and education,” says Cory. “It was all connected to make me a high school history teacher. I did that for a couple of years and discovered that it just wasn’t the career for me.”After leaving his teaching job, Cory began working at UPS and discovered an interest in logistics. Then he got a bit of information that would take his career to another level. “I had a friend that was working at Heidelberg who told me they had a driver position open,” Cory said. “I applied and got the job and that further grew my interest in logistics. It’s been a really great fit for me.”

He began working at Heidelberg’s Louisville operation just as the company was making a move from a smaller cross-docking station in the downtown area of Kentucky’s largest city, to a larger, more centrally located facility. “I did get to experience the old location,” Cory said. “We were basically loading seven trucks every day through just one bay. So it was definitely a time consuming process.”

Another change for Cory since moving to the new warehouse location is his job title and responsibilities. He has moved from route driver to warehouse manager in a little over two years with the company. “It’s been a change but having been a driver and understanding what they are dealing with has helped for sure,” Cory said. “Knowing their concerns and how to answer their questions has helped to make the transition smoother for everyone.”

The new Louisville location is larger and more centrally located to where the drivers and sales professionals run the majority of their accounts and has made a big difference in terms of efficiency. “We’re able to house more products that are big sellers in our market and where we deliver, so we are able to process orders for our retail partners at a much faster pace,” says Cory. “We have the orders ready to go overnight and that allows us to get the trucks on the road faster and earlier in the morning, which has cut down on travel time and time fighting traffic in the downtown area. We are able to hit more stops, more quickly.”

When he is not helping to supply the western portion of the commonwealth with beer, wine and spirits, Cory enjoys spending time with his wife. His other passion is still soccer, a game that he began playing at just three years old. But, he has changed his passion from playing to officiating. “I got into refereeing while I was in college and it’s expanded from there,” Cory says. “I ref AAU soccer, club teams, all levels. After I leave work, I head right to the soccer field. I have discovered if you can handle angry soccer coaches and parents, the grind of the warehouse is not so bad.”