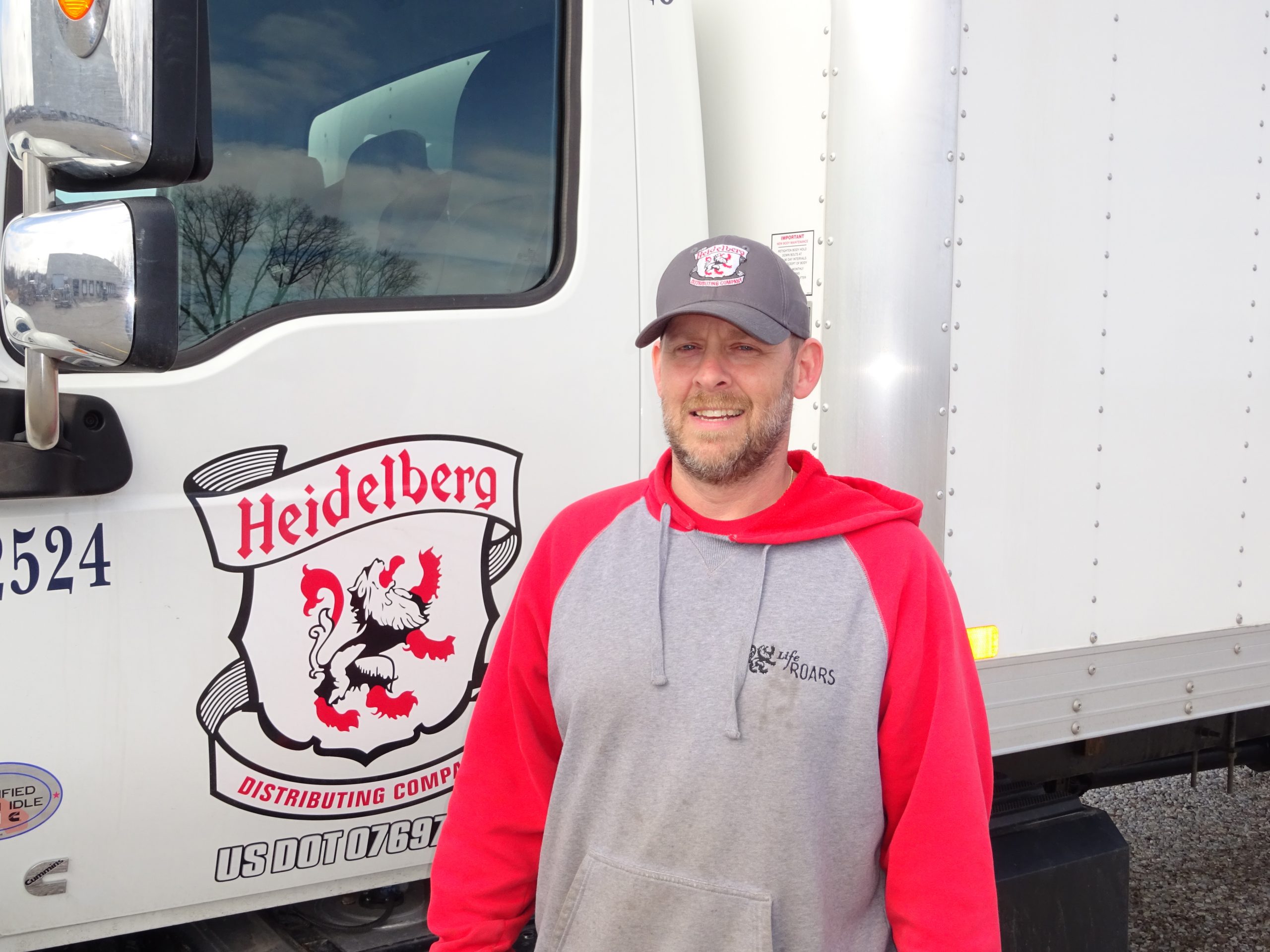 Cleveland Driver Dave Haren will celebrate his 19th anniversary with the company in August of 2021. He started with the company in 2002, a year before the Cleveland operation moved to its current location in Independence. With the move to the current location and warehouse, the volume of product moving in and out of the warehouse as well as on and off Dave’s delivery truck has dramatically increased.

“It is definitely busier for sure,” said Dave. “During the early years up here when I first started, following OND (October, November and December) we would have a slow down during the first three months of the next year. There were times when we would get sent home on a Monday because we weren’t busy. That is no longer the case, we are steady and busy year round.”

One of the things that Dave has done during his tenure with Heidelberg is to learn as many things about the warehouse operation as he possibly can. Having more knowledge of the backend operation in Cleveland has helped him do his job better and more efficiently.

“My route and the driving is great. I have been on my route for close to 16 years and I love my customers,” says Dave. “But at the same time, I like learning about what is happening in the warehouse. Getting to know that aspect of the business and my job has changed my perspective.”

The teamwork aspect of the operation from sales to warehouse to driving and delivery is crucial in making sure the customer gets what they have ordered. “From the driving standpoint, as long as you’re checking your product on the truck you’re good,” says Dave. “We’ll catch an occasional error when we take something off the truck, which is not a big deal and is easy to correct. The real crucial job is in the warehouse, where if something is punched wrong in the system and put in the wrong spot, that creates chaos and can lead to bigger problems.”

Dave’s delivery route is a variety of business and is both off and on-premise. “I’ve got everything from the mom and pop small family owned stores to big supermarkets, chain stores restaurants and bars,” says Dave. “No two days are exactly the same. I usually get going around 6:30 AM and keep going until all the deliveries are made. Sometimes that’s 2:30 or 3:00 PM. Other times if unforeseen circumstances arise I can be out until 4:00 or 5:00 PM.”

Away from his route and the Cleveland Warehouse, Dave enjoys spending time with his wife and daughter and he also enjoys fishing. “If you like to fish, this part of Ohio is a pretty good place to be!” He also looks forward to being able to enjoy vacation time once again. “I’ve got some friends down in Florida, so that’s always a great spot to take a trip.”