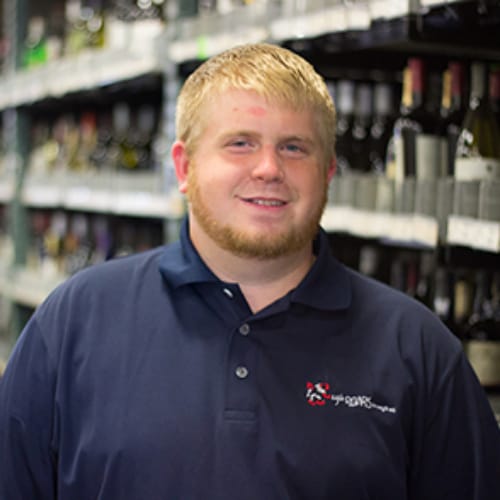 In the Cincinnati warehouse, Operations Associate Jim Anderson is one of those people that helps assure the orders are properly fulfilled and that they get to retailers on time and with accuracy. Jim works in inventory on the beer side of Heidelberg’s Cincinnati operation.

Jim celebrated his five year anniversary with Heidelberg in May of 2017 and began his career in operations working as a night wine checker before earning a promotion to the day shift.  After working on the day shift on the wine side he swapped spots with another Associate and went from wine to beer.

As a beer side inventory Associate, Jim’s main job is just what it sounds like it would be – check the beer inventory and making sure it is accurate. “One of the main things that I do in my position is to set up a cycle count for a product,” says Jim. “I count certain items each day – which equals four counts on that item per week. I make sure the inventory numbers and the products match up.”

Jim will take a look at the history of a particular item and print out pages that will show any variances. If there is an issue with the number he counts and what the computer tells him, he’ll try and figure out what the discrepancy is. “We take a look at history to see what possibly could be an issue,” says Jim. “Sometimes it could be a error in entry when the product is received. Other times it may be an error with location, so we’ll have it in two different spots in the warehouse which can throw off the numbers.”

What it comes down to in the warehouse, is communication and trust of your fellow Associates. “One of the challenges is there is so much physical movement of the beer,” Jim says. “Things get moved, things get entered into the system incorrectly and that ends up costing money. We look hard to make sure that doesn’t happen.”

Away from the warehouse, Jim enjoys playing golf in his spare time. He also watches a lot of sports and movies and has been known to play video games on his PS4.