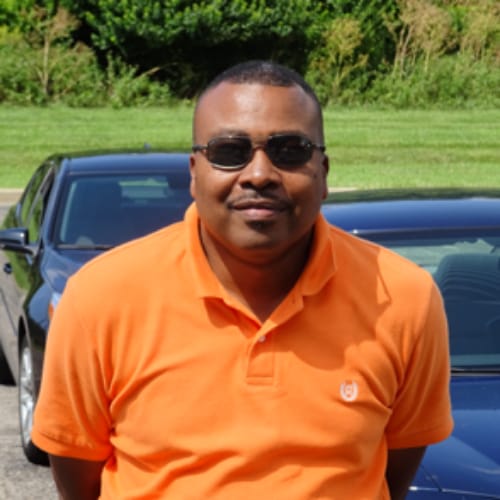 Some people are born to sell. That seems to be the case for Heidelberg Kentucky sales professional Marshall Richardson, who has been selling beer, wine and spirits in Louisville, Kentucky for Heidelberg for just a little under five years.

He also has worked for another area beer, wine and spirits distributor, as well as a leader in the cable TV industry. Marshall’s career in sales began as a youngster in his hometown of Louisville selling the Courier-Journal, the local newspaper. “I was born and raised in Louisville and I began selling the paper door to door as a kid,” Marshall recalls. “Before long, I was selling out of papers everyday and became one of the top sellers in my area.”

Marshall graduated from door-to-door newspaper sales and after a few other sales stops landed at Heidelberg. “When I first began with Heidelberg a lot of people in my territory didn’t know who we were,” says Marshall. “I started with just a handful of accounts and now we’ve been able to grow that to over 100.”

Heidelberg’s continuous growth in the Commonwealth has been helped with a new warehouse and sales office location in Louisville. “We have changed the way we’re able to do business in Louisville, really in the entire state,” says Marshall. “When I had first started here, we had to seek people out but now, people are looking for Heidelberg. We have the portfolio that has them looking for us.”

Part of the reason for Marshall’s success is his infectious can-do attitude as well as the Heidelberg portfolio in Kentucky, which continues to grow. “The key for me has been to get store clerks and the owners of the business on board with what I am selling,” says Marshall. “When I can get them to believe in our products and love our products, they’re going to push our products.”

The other aspect of the business that Marshall thinks has had tremendous effect on his sales is having the new warehouse and facility in Louisville. “Having the new building in Louisville has made a tremendous difference,” says Marshall. “It’s great to be able to tell a customer that our warehouse is local and that we can get them their products quickly. “If it’s necessary we can get it for them the same day, which makes them happy. That’s my job and my goal is to make my customers happy.”

Marshall says he is “always in sales mode” 24 hours a day. On those occasions when he has some down time, he enjoys spending time with his wife and kids. He loves watching all sports and cheers for the local University of Louisville Cardinals.