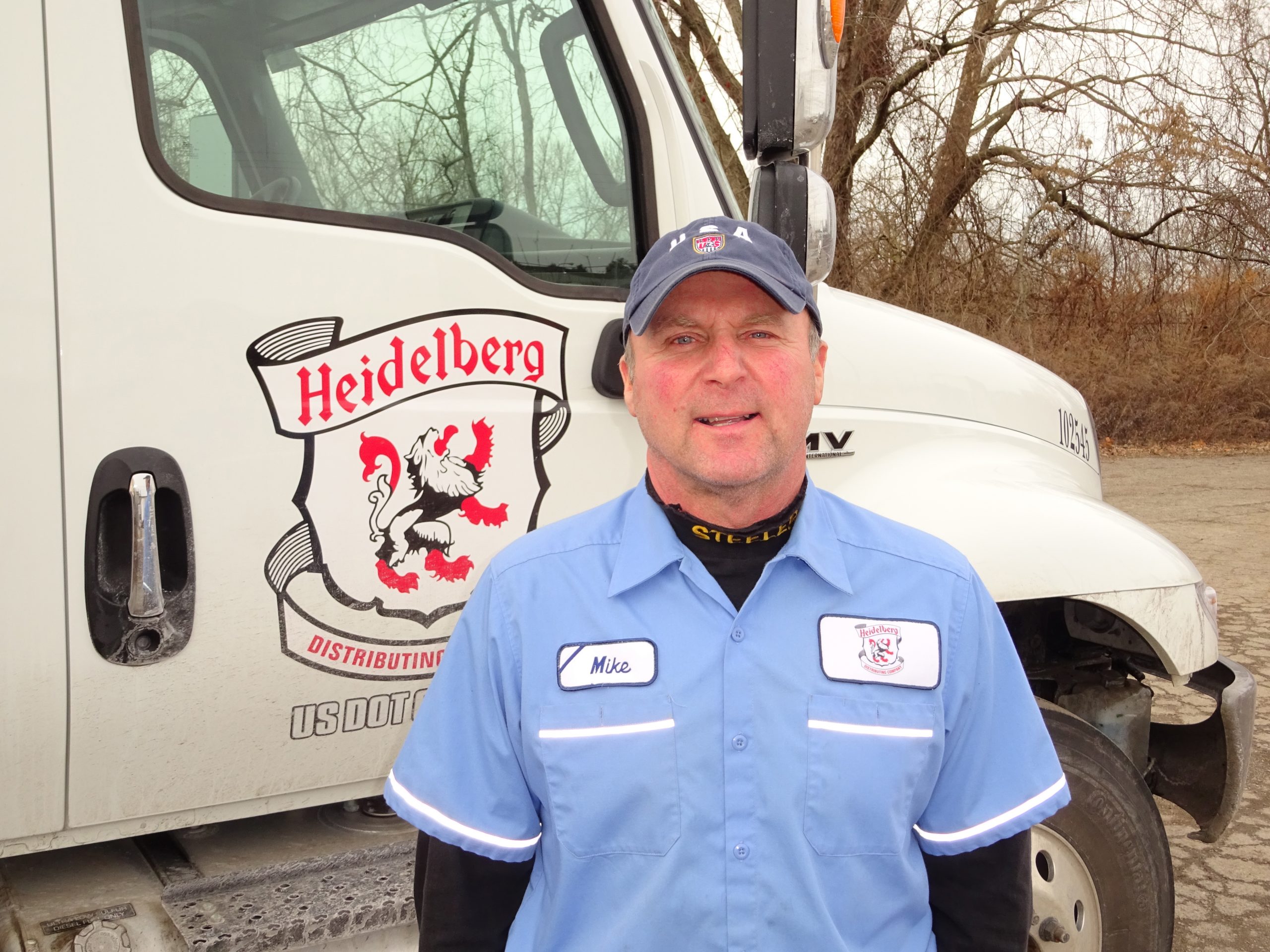 Youngstown Delivery Driver Mike Basista has been behind the wheel of a delivery truck for over 15 years but is just celebrating his first anniversary with Heidelberg Distributing. He joined the company in September of 2019 having spent the last 14 years driving for a snack food company.

“I had previously worked for Little Debbie, I drove a delivery truck for them for 14 years,” Mike says. “One of my good friends who happened to be a Heidelberg driver mentioned there was an opening, so I threw my hat in the ring and here we are.”

At first glance there may not be a whole lot in common between snack cakes and beer and wine, Mike says there are some similarities with the two delivery jobs. “There is definitely more heavy lifting involved with my current job, but I am making stops at a lot of the same stores that I was previously delivering to. So, while the product is different, I am dealing with a lot of the same people, so that has made my transition smooth.”

One of the traits that Mike brought with him to Heidelberg from his previous delivery position is a positive attitude and a good disposition. “Sometimes it is easier said than done but having a smile on your face and a positive attitude can go a long way,” says Mike. “Being out in the field and working in accounts, you end up being a face of the company for those people that you’re seeing on a daily basis. That positive attitude helps to build and establish relationships.”

The days for a delivery driver can be long and tiring. Mike and his fellow Youngstown drivers put in four 10-hour workdays each week, sometimes starting as early as 4:00AM. “The four 10-hour days just fly by,” Mike says. “There is not a whole lot of down time on this job. You’re constantly moving from one account to the next, unloading the truck and then dropping off and checking in the customer’s order.”

Away from the office and while he is not behind the wheel of his truck, Mike enjoys playing golf and spending time with his family. “As long as it isn’t too windy and there are still pins and flags on the course, I’ll be out on the course,” says Mike. He has been married over 30 years and is the proud father of three kids. The oldest is a pharmacist, the middle one is at Kent State working on a PHD and the youngest is an undergrad at Youngstown State. “It all keeps me busy and helps the day fly by,” Mike says!