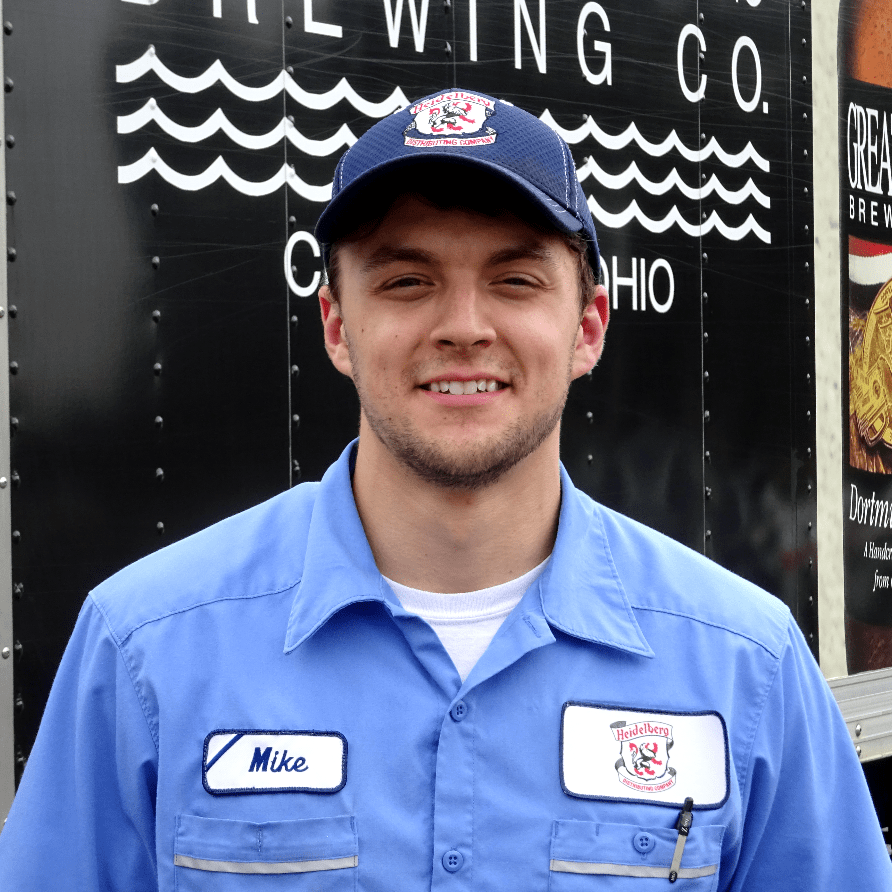 A positive attitude helps the days on a Heidelberg Youngstown delivery truck fly by for driver Mike Esau. Meeting with his customers at each stop on his route and the daily challenges of the job are just a few of the things that he enjoys about driving for Heidelberg.

“The days can sometimes be long,” Mike says. “But the people on the route are what make it great. The stops may be the same but the interaction that you have with your customers are what make the days fun.”

May of 2019 marked the two-year anniversary for Mike who began his driving career with another Youngstown area distributor before coming to Heidelberg. “I began working in the warehouse and once I got my CDL I began driving for them,” says Mike. “I was able to make the move to Heidelberg and after working in the warehouse briefly to start, I have been driving my route here for almost two years.”

A typical day for Mike starts around 4:30 am. He’ll check his paperwork and then check the load on the truck making sure that everything that needs to be there is there. Once that matches up the deliveries begin. “I like to keep a nice steady pace to keep things moving but I always make sure that the work is done correctly,” Mike says. “That way we eliminate errors, which keeps from having to go back to accounts. Once you get your routine set, you can tell about what time of the day it is by where you are on the route.

In his two years on the job with Heidelberg, Mike has developed a rapport with his supervisors, that has helped to make his work rewarding. “All of those guys (operations supervisors) started exactly where I am,” Mike says. “It’s great to see that hard work is rewarded. With this company, if you’re good at what you do, you have the chance to move up.”

When Mike is not driving his route and spending time getting to know the customers on his route, he enjoys hanging out with his girlfriend and his friends. He enjoys playing basketball and baseball and has also taken up golf. “I’m trying,” says Mike. “It seems like a relaxing way to spend a day away from work.”