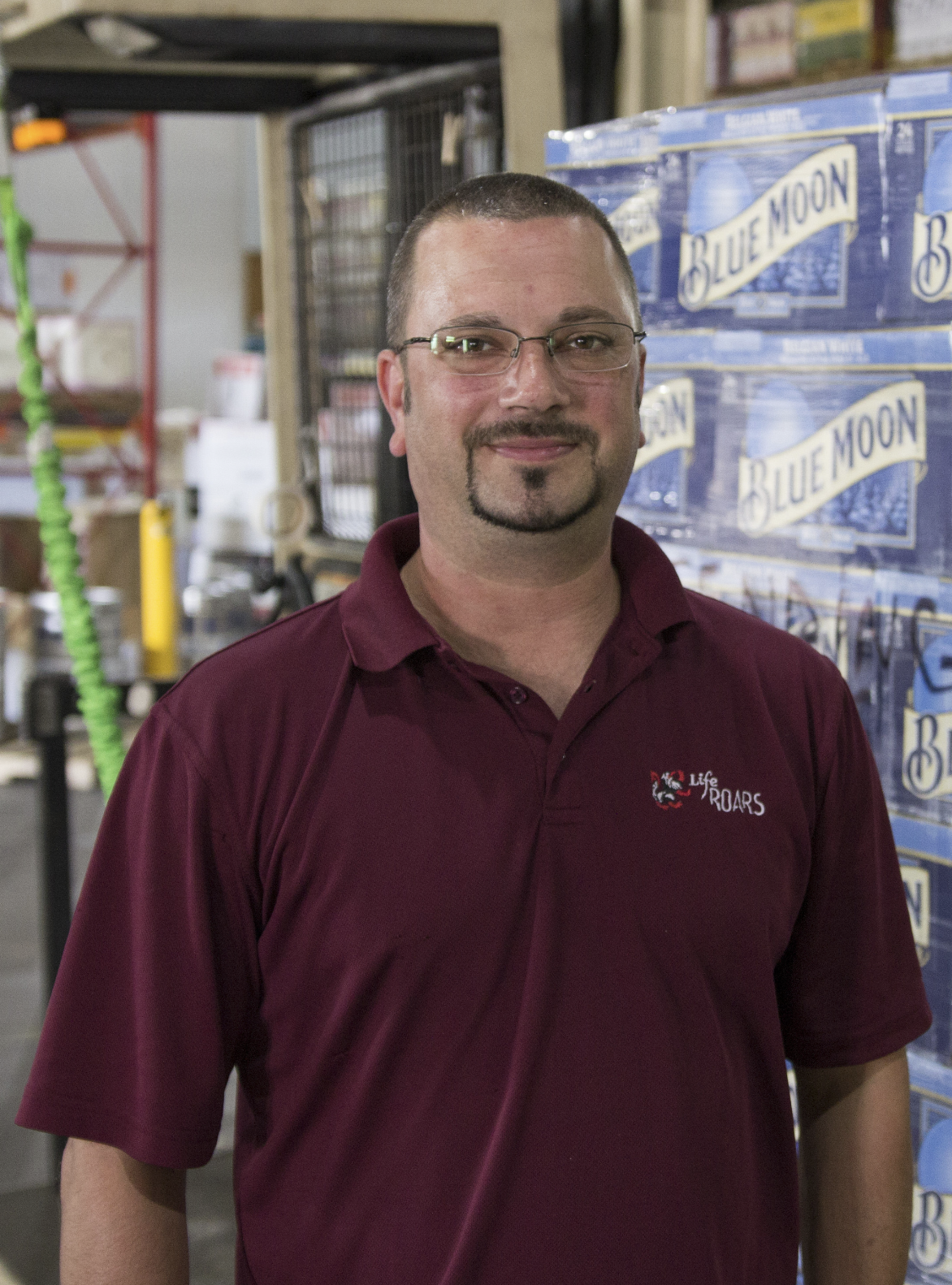 Sometimes timing can be everything. Toledo Inventory Specialist Mike Harrison was working for a paint company in Toledo. The company was closing down and Mike needed to find a new opportunity. As fate would have it, Heidelberg Toledo was hiring for warehouse positions. Eleven years and a few position changes later, he is still on the job.

“I started out like everyone else that starts in the warehouse, working nights,” says Mike. “I did that for some time and then did my driver’s training and got put into a vacation route so I was able to see almost all of our territory. I did that until a five-day warehouse slot opened up.” That warehouse position broadened his skill set as Mike was trained in handling transfers, stocking and pulling orders for the club stores in the market.

Mike’s next move in the warehouse would be to the receiving department. After running transfers for the Toledo operation, he would land his current role of inventory specialist. Mike’s day to day still consists of working with both shipping and receiving of items coming in and out of the Toledo warehouse and making sure that there is an accurate count of what is in the warehouse. “We complete quarterly cycle counts to ensure inventory accuracy,” Mike says. “There is focus on correct wine vintages and code dating for beer. We also assist checking transfer and receiving discrepancies.”

With over a decade in the Toledo warehouse and working both night and day shifts as well as a variety of positions, he is well versed in the operation. “I feel like I am an asset to the company,” Mike says. “I know our warehouse and our operation inside and out. I’ve done a little bit of everything.”

What started out as a job change when his previous employer shut down its operation has turned into a career for the Toledo native. “It started out as a paycheck,” says Mike. “I had my CDL license and Heidelberg was looking for drivers. But growing with the company changed all of that. The more I could learn, the more invested I became. It’s not just a paycheck anymore.”

Mike is a graduate of Eastern Michigan University with a degree in criminal justice. He and his wife Lindsey have been married for eight years. Outside of work, Mike likes to play golf, fish and spend time outdoors.

This newsletter was produced with the help of your fellow Associates. Let them know when you have “life news” or business accomplishments to share!