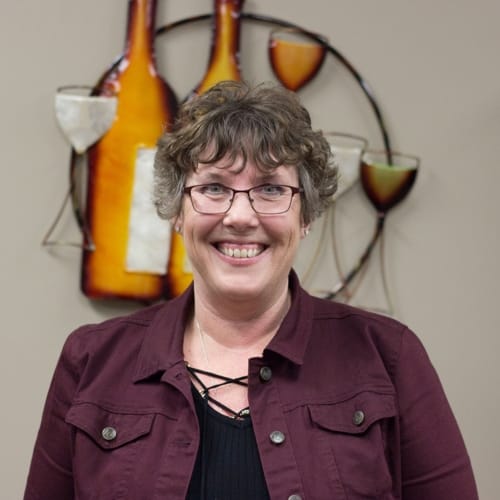 Living and working near the shores of Lake Erie in Ohio is a totally different lifestyle and experience than that of the rest of the state. Pam Ashley is a wine sales professional at Heidelberg Lorain and like many of the residents in the region, she is gearing up for the “busy season.”

Once the weather warms up and the “big lake” is open for business, Pam’s business really takes off. “Working in the Lorain market, is very seasonal,” says Pam. “My route and my home are in the Port Clinton area (about 50 miles west of Lorain) so my route is attached to the Lake Erie Islands (Put-in-Bay, Kelly’s Island, etc…) I have a lot of accounts that are closed or not running at 100% during the off season.”

While the majority of sales professionals with Heidelberg look forward to O-N-D (October, November and December) as their busiest time of the selling season, Pam looks to M-J-J-A (May, June, July and August) as hers. “We still get busy and work hard around the holidays for sure,” says Pam. “But I’ll end up doing 50% of my business during those peak season months on Lake Erie.”

A big part of what Pam does for her customers is planning ahead. Letting her accounts know that the first part of the year is the time to start planning for the peak season ahead. “I get them thinking about the busy time of year in January and February,” Pam says. “You can’t start to plan too late. Having the rapport with my customers, they all know when it hits the first of the year I’ll start talking to them and we will plan early. They know I have their best interests in mind.”

The busy days (and nights) on the shores of Lake Erie are not exclusive in the Ashley family to Pam alone. The entire family puts in long days and weeks during the peak season. Her husband is a charter boat captain on Lake Erie and the couple’s two daughters pitch in as well. “We’re up at 4:30 every morning and put in some long days,“ says Pam. “But it’s fun. How can you not have fun doing this?”

Pam has been selling wine with Heidelberg for 11 years. After spending 19 years selling candy in the Toledo market, downsizing in her company led her to Heidelberg and a part time sales route in Toledo. When the company moved into the Lorain market, so did Pam and she has been there ever since.

“It’s crazy in the summer but it’s such a good time. There isn’t a weekend during the summer that we don’t work,” Pam says. “We take vacations in January or February, because once the peak season hits, we’re all at work!”