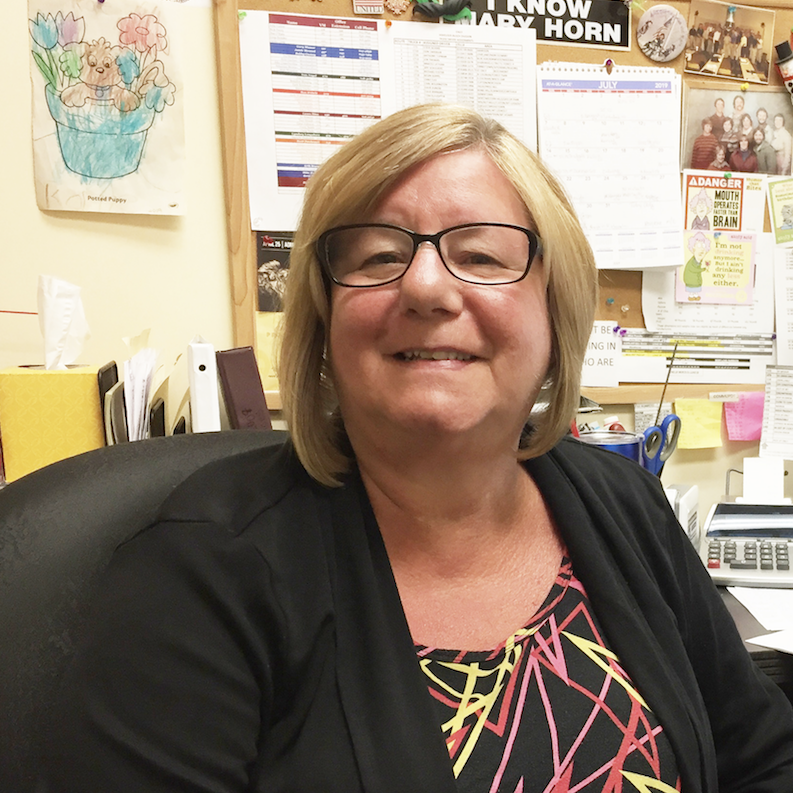 It’s hard to guess-timate how may orders Ragene Durbin has taken over the phone over her nearly 32 years with Heidelberg Cincinnati. If you’re a retailer placing or changing an order or you have called in to buy a keg of your favorite beer, there is a chance you have spoken to her on the phone.

She began her career with the company in September of 1987 starting out as a customer service representative on the beer and wine desk. “Most of what I was doing was customer service,” Ragene says. “I did some beer ordering and was the administrative assistant on the beer side for a while as well.”

She moved to her current role as Floor Supervisor a little over four years ago and is in charge of four other Associates – two in driver checking and two that work in Dock Sales. A big part of what Ragene does on a daily basis is working with numbers and gathering up the sales information from the day. Whether it’s working with invoices or control sheets, opening or closing accounts, working on transfers or even accounts receivable, it all has to balance. Everything has to be accounted for and all invoices have to be settled.

“There are days that all of the numbers balance out and it is pretty routine,” says Ragene. “Other times it is not that easy. The control sheets, transfers or re-routes can create a problem. Everything has to be paid for and sometimes it is not always that easy to figure out where the problem is.”

Ultimately, Ragene looks at herself as part of a team. Doing things, the “Heidelberg way.” She’ll jump in to help out where ever help is needed. “I’ll check in trucks if needed, work in the Dock Sales if needed, help out with accounts receivable, whatever it takes to get the job done,” says Ragene.

Cincinnati Admin Manager Linda Elfring loves Ragene’s work ethic and her positive attitude. “She approaches every day with a smile on her face and a can do and will do attitude,” says Linda.  “Moving to the Floor Supervisor position was a big change for her, but Ragene has flourished in her current role. If something needs to be done, she will make sure it gets done.”

Born and raised in the Cincinnati area, Ragene is a Reds fans and loves to go watch the team play whenever she can. She loves spending time with her family and enjoys watching television. “Survivor” is one of her favorite shows.