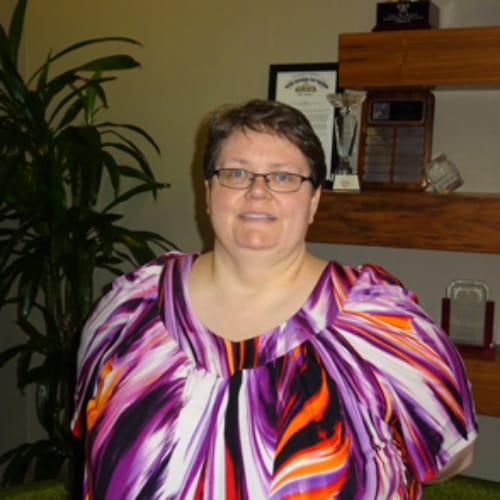 Everyone in life has goals they want to accomplish. Occasionally achieving these goals doesn’t always happen in a timely manner. What happens when you can’t finish goals right away? Do you give up or do you keep working and find a way to get them done?

René Carter, the Senior Manager of Application Development and Reporting in the Heidelberg IT Department is one of those people that took a little long to cross some things off her personal “bucket list.” But the key point is she accomplished them.

Like many Associates at Heidelberg, René’s career path has taken some different twists and turns before leading her to where she is today. Initially she studied electrical and computer engineering in college before leaving to work in restaurant management roles at McDonald’s and Bob Evans. Eighteen years ago, René started working at Heidelberg Columbus after moving from Lima, Ohio.

“We were a much smaller company at that time,” she remembers. “The IT department was like three people and since I had some computer knowledge, it was easier for me to assist in our office than it was for someone to drive up from Cincinnati, where they were based at the time, for local IT services.”

Over time as the company continued to grow and with her technical aptitude for computers, René’s role with the company evolved into a fulltime IT position. “That has been one of the great things about working with Heidelberg,” René said. “The company is very flexible if there’s something different that you want to do, learning different skill sets in different areas, they are very accommodating. I started off as a pricing coordinator and have had the opportunity to grow and change.”

One of the biggest projects and accomplishments for the Heidelberg IT team has been single database, essentially taking nine different computer databases and working to combine them into one for the entire company. It is a huge undertaking and a project that René and her team are largely responsible for throughout the 2017 calendar year. “One of the biggest challenges we face with this project is the normalization of data,” said René. “Getting all of the different markets to use the same terms and phrases and to assure that specific information is talked about the same way. It’s a daunting task.”

Despite being comfortable with her career and role at Heidelberg, one of the goals that René always had for herself was completing her college degree. In April of 2016, she graduated from Indiana Wesleyan with a BS in Business Information Systems. “It was quite challenging working a demanding full time job while taking a full course load,” said René. “However, this was something that I started after high school, and I hadn’t always been very kind to myself for not finishing. So, with that said, I felt, and still feel, extremely accomplished for undertaking the challenge.”

You would think with that major life milestone crossed off the list, René would “stop and smell the roses” and bask is the accomplishment of completing a degree while working full time. Nope. She decided she needed a new challenge. René, who is a self taught guitar, bass guitar and ukulele player always wanted to learn how to play violin, so that is what she is currently working on.

“For the past year, I have been taking private lessons and have performed in two recitals with my school,” said René. I am getting ready for another recital, which takes place in May, where I not only perform solo, but as part of the strings group.”