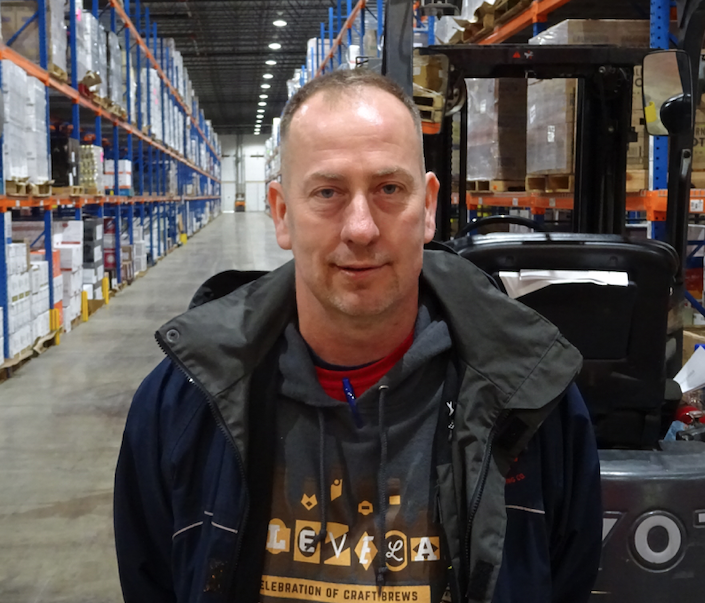 This past July, Cleveland Operations Associate Will Anderson celebrated his 20th anniversary with Heidelberg Distributing. When you have been with a company for that long a period of time, it goes from being simply a “job” to being a “career.”

Will has another easier way to describe his 20 years with the company; “it’s like being with family.” He has seen a lot happen in the Cleveland operation since he began working for Heidelberg in July of 2000. But the constant for him is the other Associates that he works with. Sure, Associates have come and gone over that time frame, but for Will, the feeling has been the same. “It’s a family,” Will says. “The thing that I enjoy the most is the people that I work with every day.”

There have been two major renovations to the Cleveland warehouse over the last five years. The first was taking out the old conveyer belt system used to load the trucks on a daily basis and replacing it with “voice-pick.” A computer integrated system that gives each product a code number and computerized location that allows for much more efficient loading of out bound trucks. The second major upgrade was the reorganization of the racks that the products themselves are stored on. The result is a much more efficient use of space and resources.

“It’s a 110% improvement from when I first started,” says Will. “The renovations have led to more capacity and with the reconfigured warehouse, it’s made everything easier and gives us the ability to do more in less time. We can be more efficient and get trucks in and out of the facility faster.”

As a part of the day warehouse crew in Cleveland, Will does a little bit of everything to help keep the flow of products moving in and out of the warehouse. ”I’m working the back dock, helping out with loading trucks and receiving product from suppliers,” says Will. “We’ll also pull orders if needed and stock the new product when possible. It can be 10+ trucks per day, depending on how much is going on.”

When Will is not with his “work” family, he enjoys spending time fishing and hunting. Despite being close to one of the “Great Lakes,” he likes fishing in smaller bodies of water. “Where I live is about an hour to Lake Erie, so that’s a bit far to go,” says Will. “I like the local rivers, ponds and streams and going after bass and trout.”

Congratulations to Will and his 20 years with Heidelberg Distributing. We like having him as part of our family!