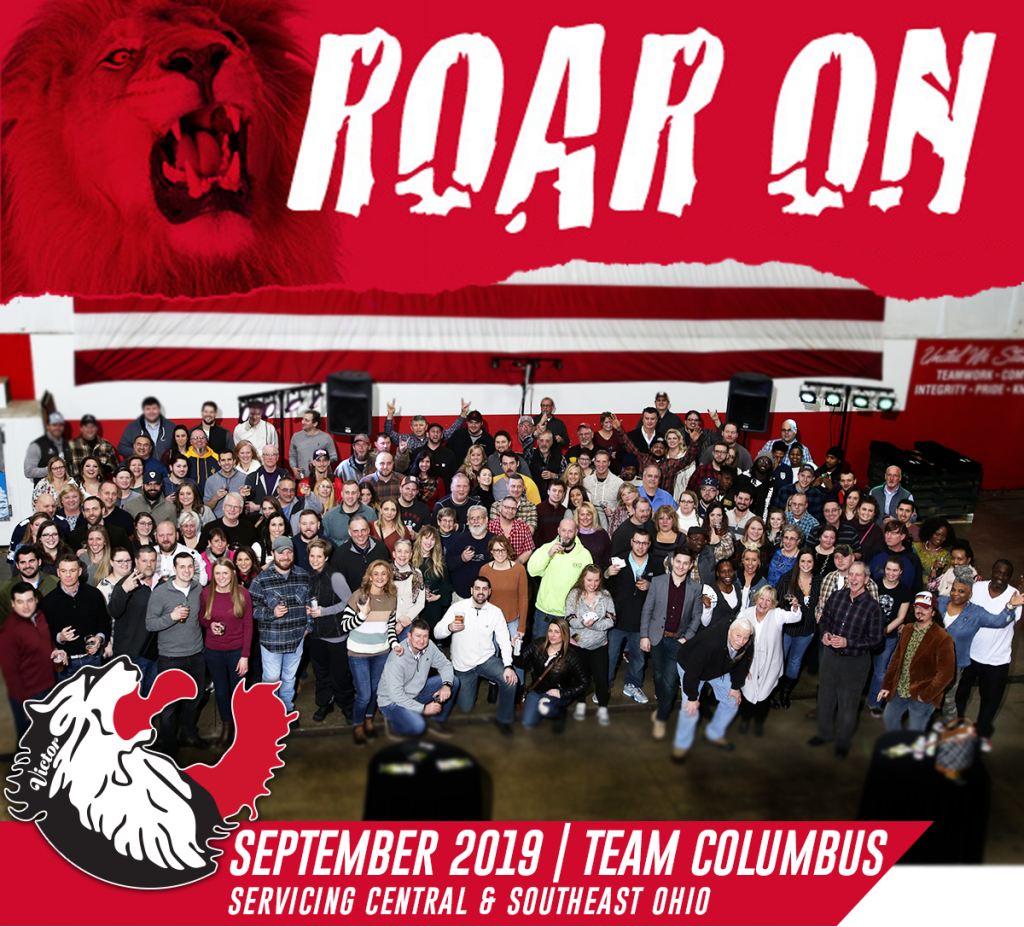 Team Columbus has come a long way in 30 years!

Heidelberg tried to break into the Columbus market twice before purchasing Hill Distributing Company’s wine portfolio in 1989. Ten years later sales had grown to the point that a new facility was needed, so the company built a 100,000 square-foot building on Parkwest Drive. The salesforce and territory footprint continued to grow, and in 2012 we were able to purchase most of Hill Distributing’s central Ohio beer business.

Heidelberg Columbus has over 120 sales and sales management professionals and 118 Associates in operations, administration, purchasing and IT. We deliver to 28 counties, which equates to 2.9 million consumers or about 25% of Ohio’s overall population.

Drivers cover almost 14,000 square miles to deliver our products to retail accounts. That’s about 35% of the entire State of Ohio.

Sales have increased exponentially over last 10 years. “We won’t grow at that rate forever but the future is bright for at least the core of our territory, Central Ohio,” says Greg. “Our growth was due in a large part to the addition of Constellation Beer brands for Franklin and Delaware counties. A lot of Heidelberg Associates may not realize that a large part of the Columbus territory is in southeast part of the state which is much more rural and sparsely populated than the Columbus metro.”

The Columbus market itself is dominated by two major institutions, which drive the market’s economy, demographic diversity and population growth: The State Capitol/government and The Ohio State University. “Naturally, we are happy to see students come back in the fall,” says Greg. “A large percentage are over 21, plus alumni and family who visit town, so the bars near campus are hopping during the football season and school year.”

Like many of our other markets, White Claw Hard Seltzer is this year’s stand-out brand. Greg also points to strong sales of Constellation Beer brands (Corona and especially Modelo) which are way ahead of the rest of the beer industry; Essentia Water in the non-alcoholic category; box wines led by Bota Box and Delicato; and the new “can wine” category.

POINTS OF INTEREST IN COLUMBUS
Your kids might visit the Columbus State Capitol on a school trip, but there are a lot of other great places to visit in Columbus! Check these spots out if you want a close-to-home and fun vacation:
→ The Columbus Zoo (ranked as one of the best in the USA)
→ The newly-opened National Veterans Memorial and Museum
→ Franklin Park Conservatory (located very near downtown – a horticultural gem)
→ Short North entertainment district (the first Saturday of each month is the fun “Gallery Hop”)
→ Easton shopping and entertainment mecca
→ And of course . . . a football game at The Ohio State University!