→ Brent Wagener has joined Dan Greathouse in managing the growing portfolio of brands at Heidelberg Vineyards. Brent is responsible for sales in Dayton, Columbus, Lorain and Toledo in addition to managing several suppliers and product status updates. Besides growing our import business, he and Dan are busy calling on key accounts across the country and seeking wholesaler partners for Bordeaux wines. Brent’s new title is corporate Vice President of Sales reporting to Pat O’Sullivan; he formerly was VP/General Manager for Wine Trends.

→ The Dayton Anheuser-Busch Sales team celebrated back-to-back AOE Gold accomplishments with a bowling party on February 27. The AOE (Ambassadors of Excellence) program is a yearly award given to the top Anheuser-Busch wholesalers in the nation, with the Gold level being the top status.

→ We welcome receptionist Connie Harget to the ROAR ON reporting team! And many thanks to “retiring” contributor Marie Hemlinger, Administrative Manager, who served in this role for many years. 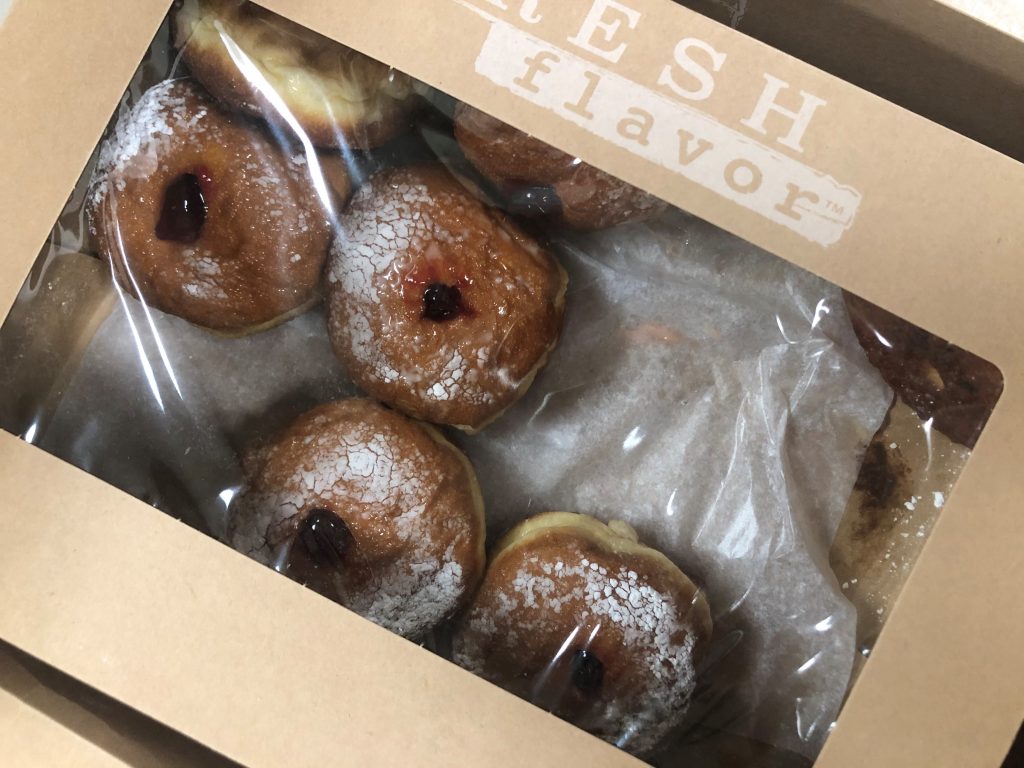 RETIRED ROUTER AL KUCINSKI, A 20+ YEAR ASSOCIATE,
TREATS THE CLEVELAND OFFICE EACH YEAR ON FAT TUESDAY
BY BRINGING IN DELICIOUS PACZKIS! HE NEVER FORGETS HIS
FORMER CO-WORKERS AND THEIR NEED FOR SWEET TREATS
ON THE FIRST DAY OF MARDI GRAS. THANKS, AL!

→ Sales professional Courtney Rice was photographed for a story in the Lorain Morning Journal when she was consulting with new restaurant customer Dodie’s Dockside. The restaurant is part of the new Ariel on Broadway Hotel and Event Center which is expected to open this spring. 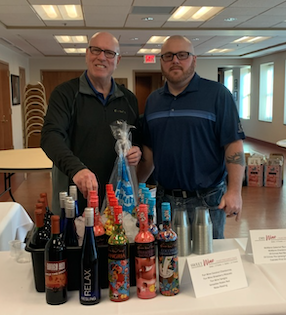 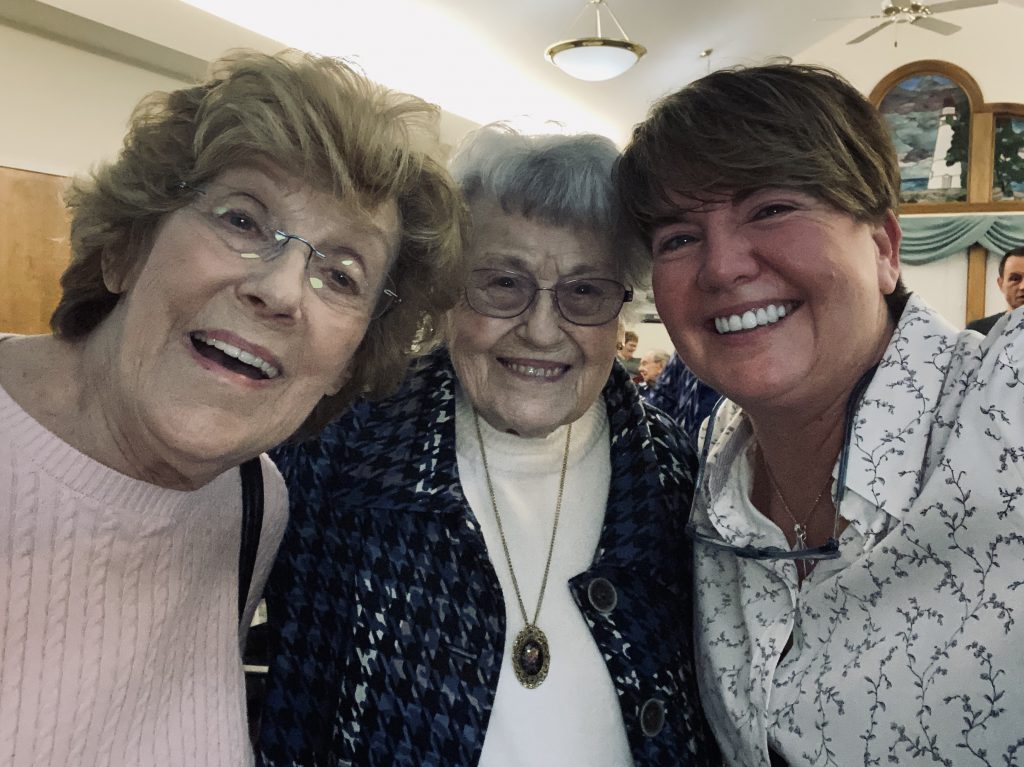 → Constellation Brands, best known for the nation’s top two imports, Corona Extra and Modelo Especial, announced that Heidelberg Columbus Beer Division was awarded the brand’s Gold Crown-Tier Three Award. Columbus competed with 13 other distributors in the Central Business Unit, including River City in Louisville, Kentucky and Beer Capitol in Milwaukee, Wisconsin.  Constellation Brands Gold Crown regional award is presented to Gold Network partners who achieve the highest-level attainment of their volume and distribution goals. There also is a national winner chosen from those regional winners by Constellation’s sales leadership team for having represented top performance among that elite group. 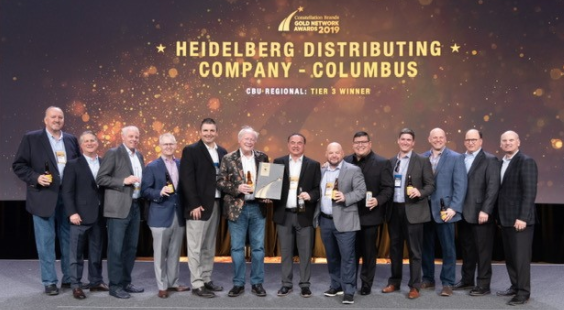 → Team Columbus celebrated its milestone of selling one million cases of Constellation Beer Brands with everyone receiving a zip-front jacket. 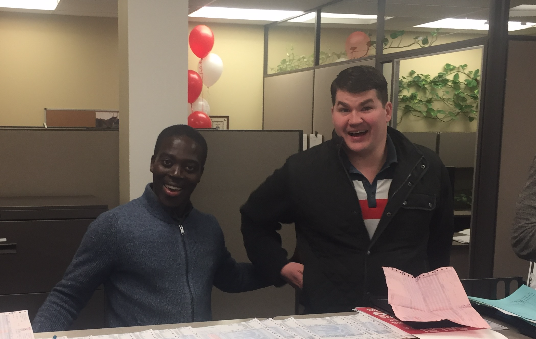 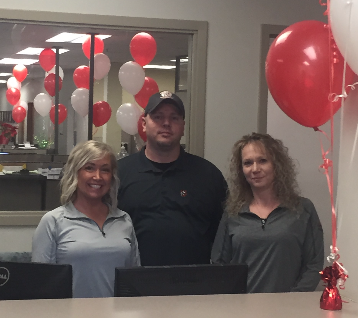 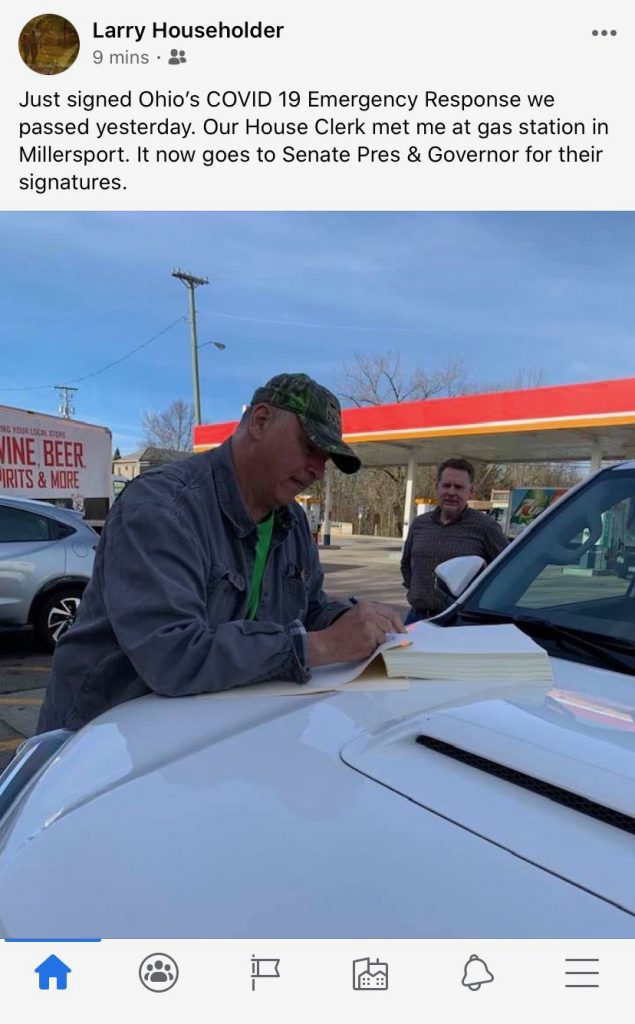 OHIO SPEAKER OF THE HOUSE OF REPRESENTATIVES LARRY HOUSEHOLDER SHARED
THIS POST TO SOCIAL MEDIA AFTER SIGNING THE COVID 19 EMERGENCY RESPONSE BILL.
THE TRUCK IN THE BACKGROUND IS DRIVEN BY DAVE UPPERMAN, A 30 YEAR HEIDELBERG EMPLOYEE!

→ Congratulations to Maria Hintz, who retires April 1 after 21 years at Heidelberg. Maria started out as purchaser of wines and more recently has worked in the pricing department, updating and adding item information.

→ Welcome Bill Gardlock to the company. He is the new Regional Sales Manager in Cleveland for Wine Trends.