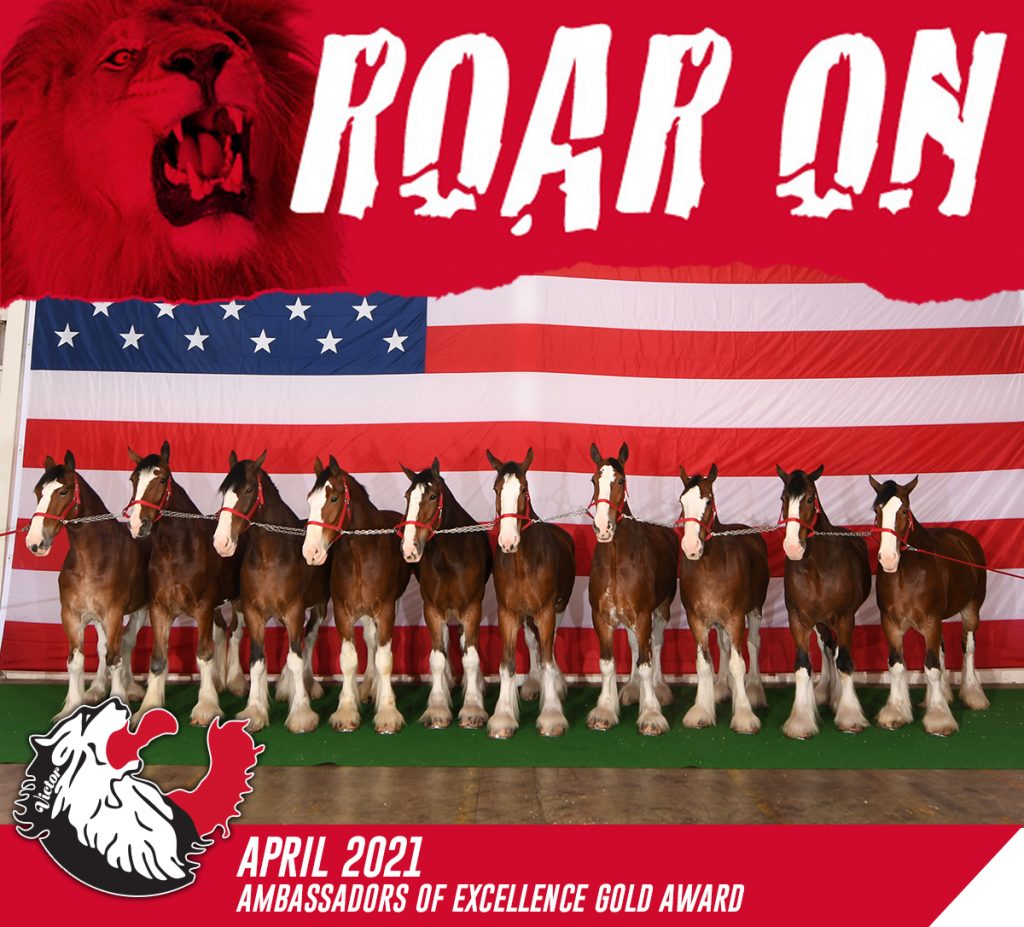 The Dayton Anheuser-Busch team has won Anheuser-Busch’s elite “Ambassadors of Excellence Gold” award for the third consecutive year (2018, 2019 and 2020). Out of more than 500 AB wholesalers nationally, Dayton is now one out just 18 who have accomplished this feat.

The Dayton AB team has now achieved “Ambassador” status. To reach this level, a wholesaler must score gold proficiency three times in a five year period. The Ambassadors of Excellence award is given annually to distributors nationwide who perform at the highest level of sales execution, customer service, community involvement, environmental consciousness and the endorsement and engagement of responsible drinking programs.

Heidelberg Dayton will receive the “Big Jake” award, a trophy named and modeled after the legendary Anheuser-Busch Clydesdale, to commemorate its success. “Winning Big Jake is a testament to the HDC wheel,” said Heidelberg VP of Sales, Anheuser-Busch, Nick Ducey. “This award doesn’t happen without every spoke in the wheel working together. To win AOE Gold three years in a row takes over 1000 days of focus to commit to being the best. It trickles down to the senior leadership group and is implemented throughout everyone in the organization. I’d be remiss if I didn’t call out Dayton Vice President, General Manager Chris Rammel, Dayton General Sales Manager, Beer, Rob Vanmetre and Dayton Sales Execution Coordinator, Matt King, who maintained the focus throughout the process. Finally, the operations team loaded and delivered nearly 14,000,000 cases of AB product during this time period, a remarkable achievement on their behalf.”

AB has specific performance initiatives that must be met in order to reach a particular status level – bronze, silver, gold and ultra-gold. The AOE program is designed to help drive excellence and focus on national plans and strategies for AB brands across the entire wholesaler system. It builds on planning, performance tracking, communication and execution. Promoting best in class business processes, route to market strategy, and trade execution. “Over the last three years, our Dayton beer team showed an impressive ability to track and measure all of the different key performance initiatives that we needed to hit,” said Dayton Vice President, General Manager Chris Rammel. “In doing so, we were able to adapt to stay ahead of the metrics we needed and thrive in the current environment, delivering our third gold award in a row!”

Everyone in Dayton shares in this recognition, working hard and pulling together over the last three years to make this achievement possible. The most obvious hurdle to overcome was the challenge of the COVID-19 pandemic in 2020. “We’re extremely proud to see the team thrive, adapt, and be resilient yet keep their eyes on the prize of winning ‘Big Jake’ (AOE 3 years straight) while remaining safe and healthy,” said Dayton General Sales Manager Rob Vanmetre. “Achieving gold status doesn’t allow for any short cuts and the entire team must work hard each and every day to meet the distribution and volume goals.”

Congratulations to the entire Dayton team on their amazing “three peat!”