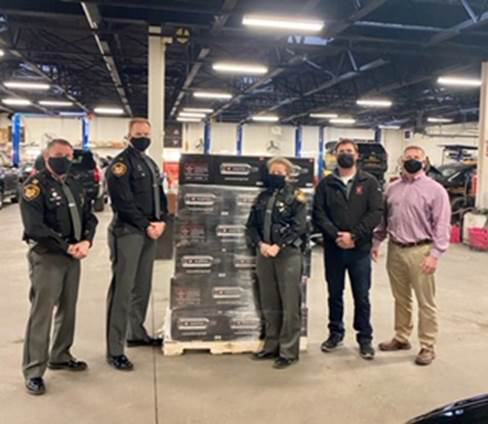 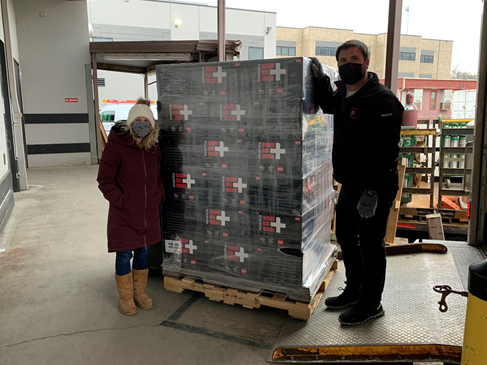 → Heidelberg Cleveland partnered with Essentia this month to donate water to local First Responders and area food banks. This was Cleveland’s simple way to say “thank you” for all they do for our communities. 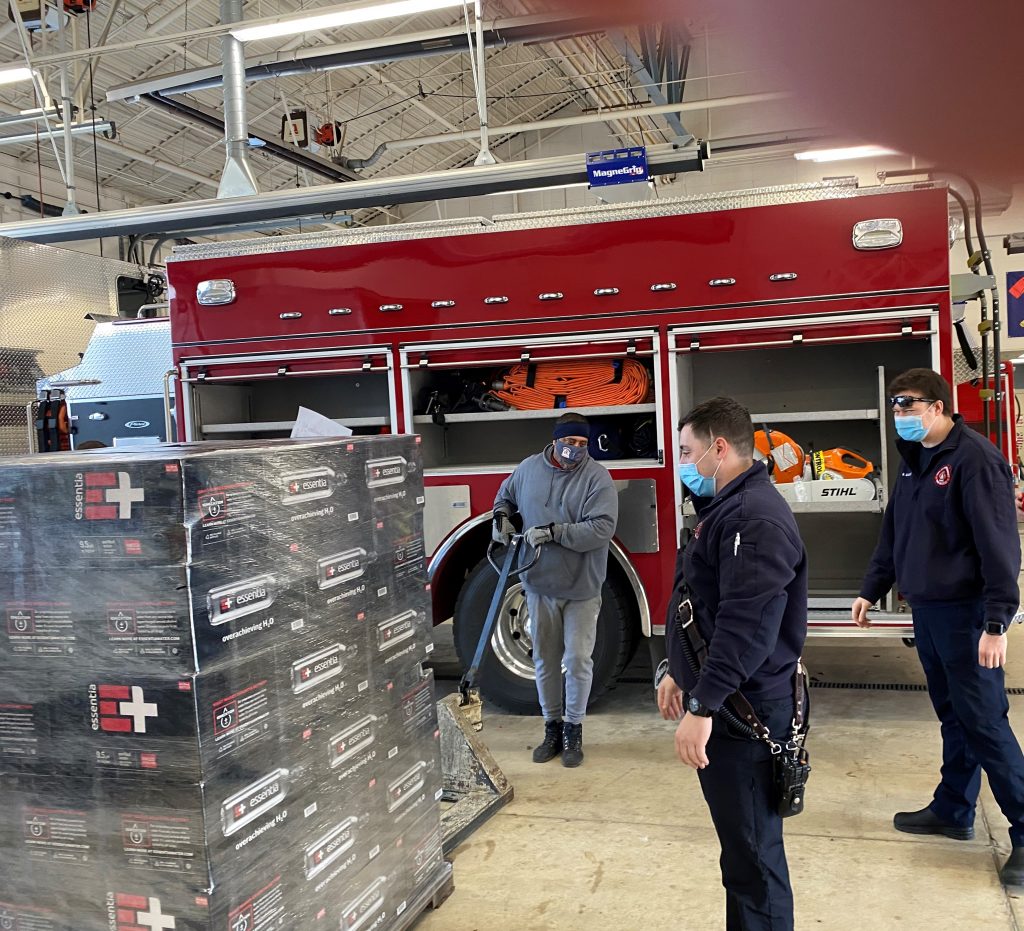 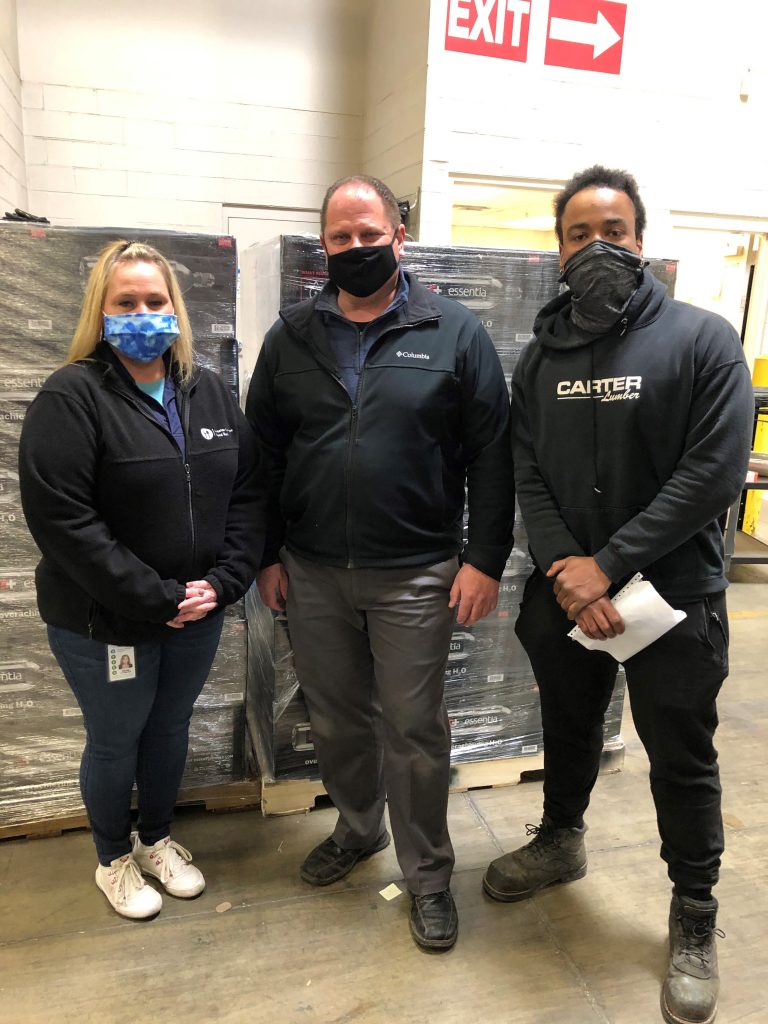 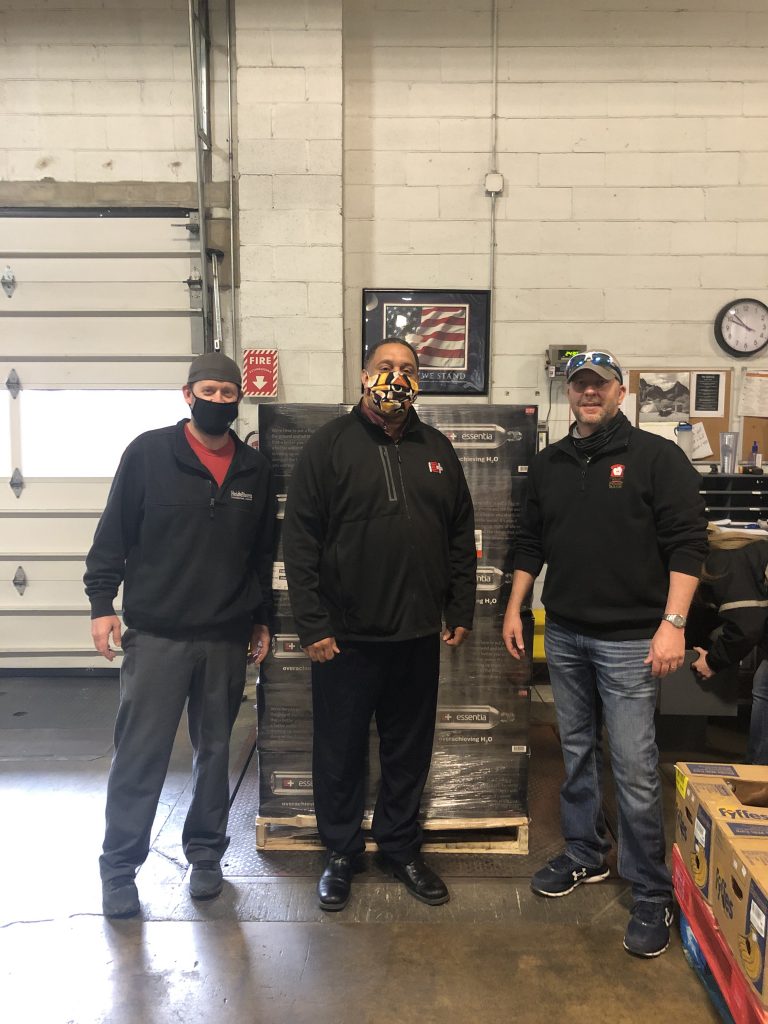 → Sales professional, Steve Tyree, lost his mother (age 88) in February, she was laid to rest on March 6. Our sympathies go out to Steve and his family.

Three teams from the Columbus Fire Department’s K-9 Unit visited the building and spent time in the upstairs conference rooms helping to help train their dogs and working on techniques needed to find explosives. 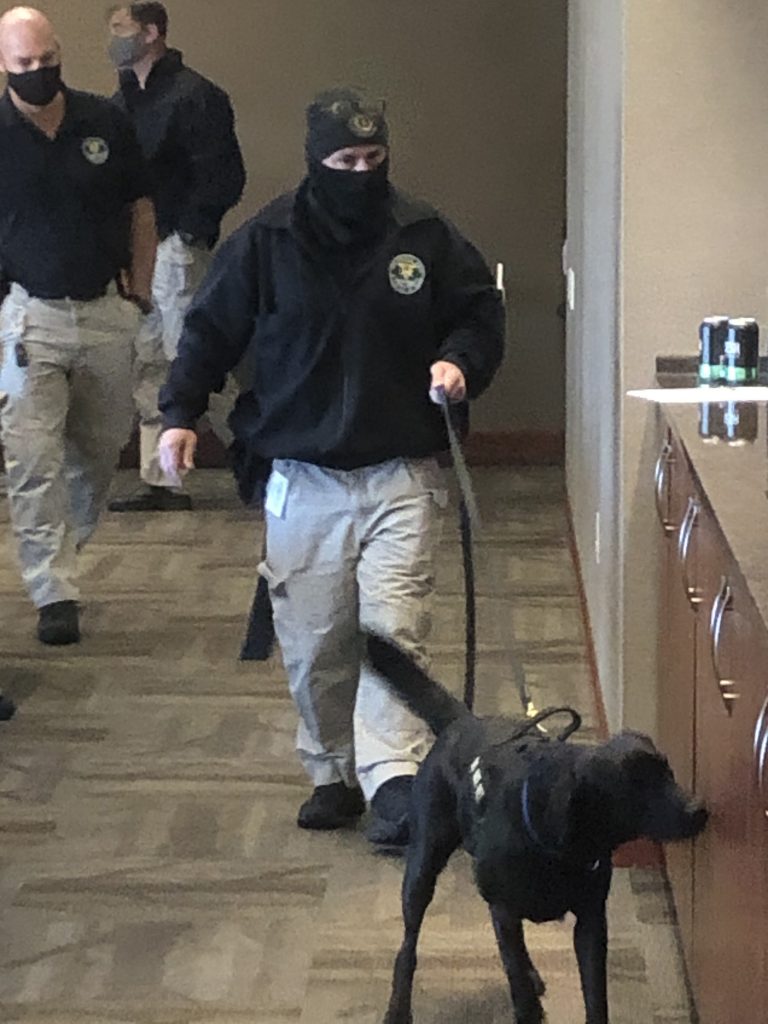 IT’S ONLY A DRILL! ONE OF THREE DOGS AND THEIR HANDLERS TRAINS IN SNIFFING OUT EXPLOSIVES IN THE COLUMBUS BUILDING. 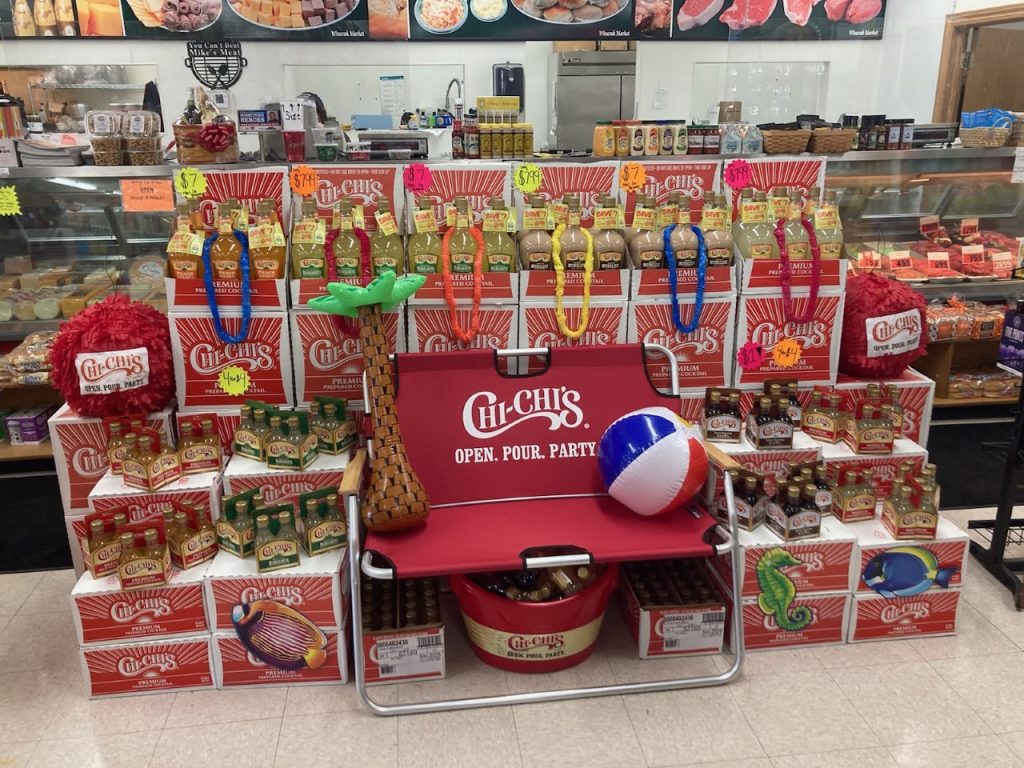 SALES PROFESSIONAL ALEC HARRISON HAS THE RIGHT IDEA WITH THIS DISPLAY FEATURING 54 CASES OF CHI CHI’S READY TO DRINK COCKTAILS. 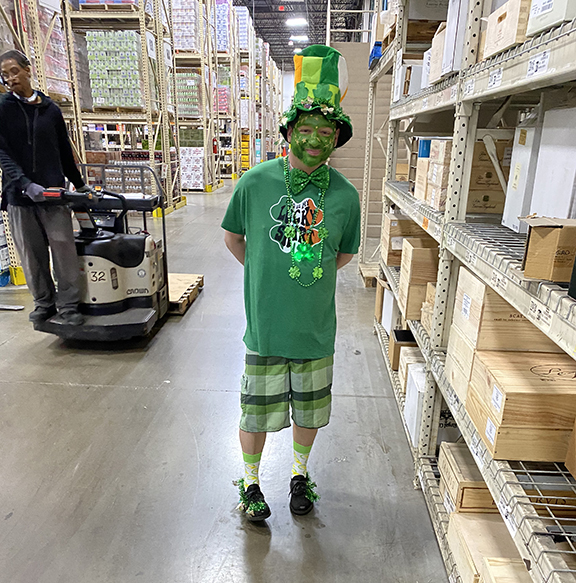 OPERATIONS ASSOCIATE, JOHN WALK, CAME DRESSED TO IMPRESSED FROM HEAD TO TOE ON ST. PATRICK’S DAY! IT’S THE LUCK OF THE NIGHT SHIFT!

→ Essentia Water and Heidelberg Columbus donated six pallets of Essentia water to Ohio Health in Columbus. They were distributed to six locations throughout the Columbus area doing COVID testing and providing vaccines to the public. 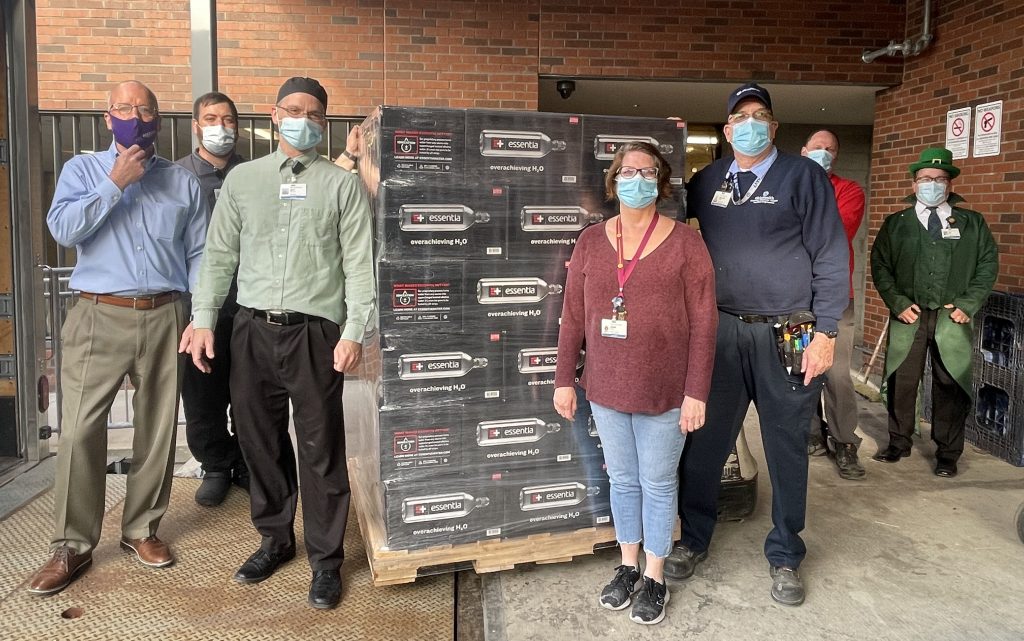 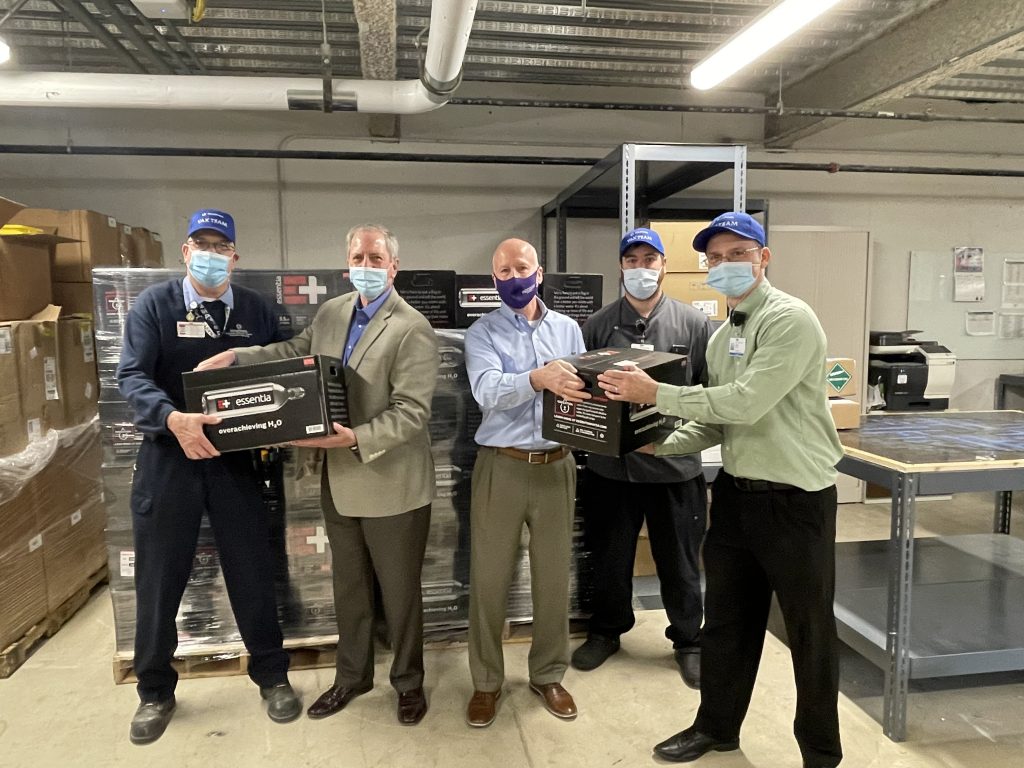 → Dayton, Cincinnati and OV Beer Sales teams had the opportunity to have a Zoom meet and greet with soccer star, Yuengling Flight ambassador and Cincinnati native, Rose Lavelle. Rose is a midfielder for English FA WSL team Manchester City and is also a member of the United States National Soccer Team. 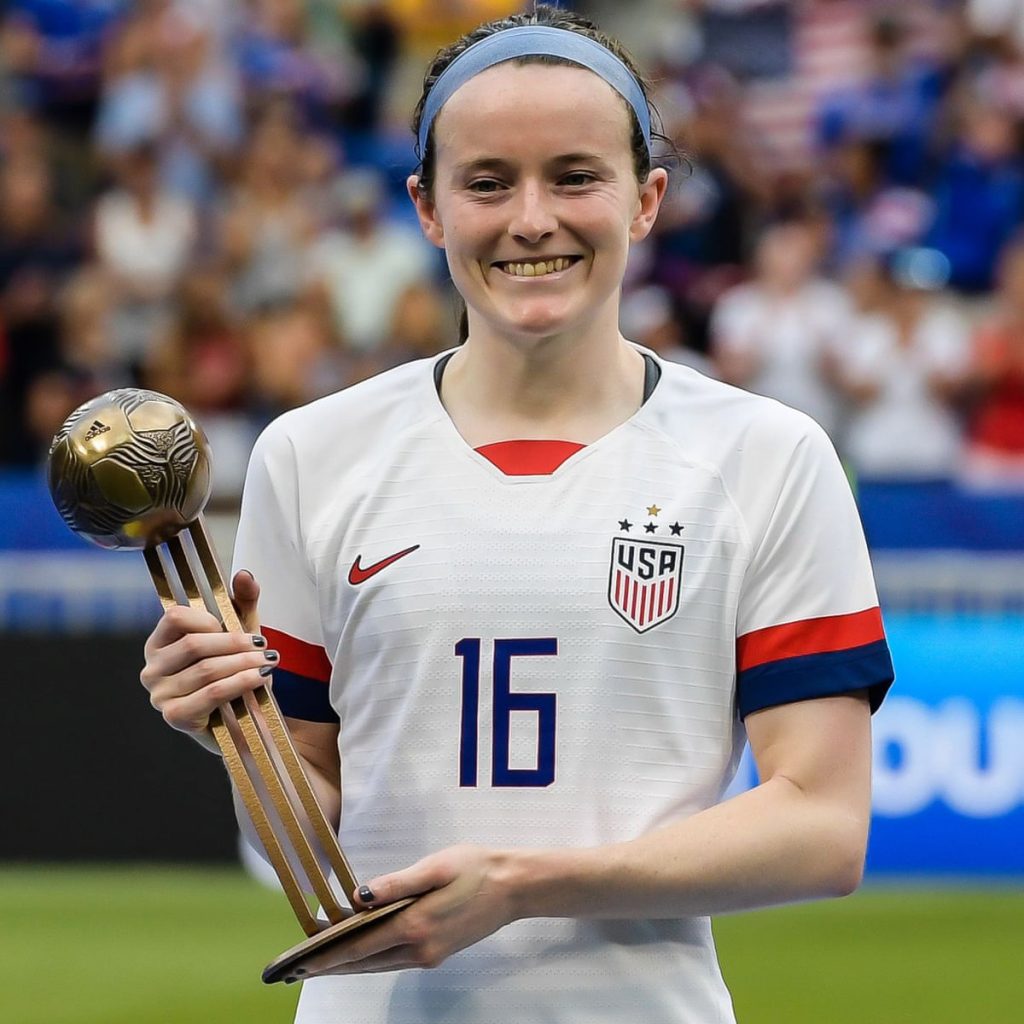 YUENGLING FLIGHT AMBASSADOR AND US WOMEN’S NATIONAL SOCCER TEAM STAR ROSE LAVELLE (RIGHT SIDE MIDDLE) EXCITED TO SEE HER FAMILY AND HER DOG ON THE ZOOM CALL WITH DAYTON, CINCINNATI AND OV. 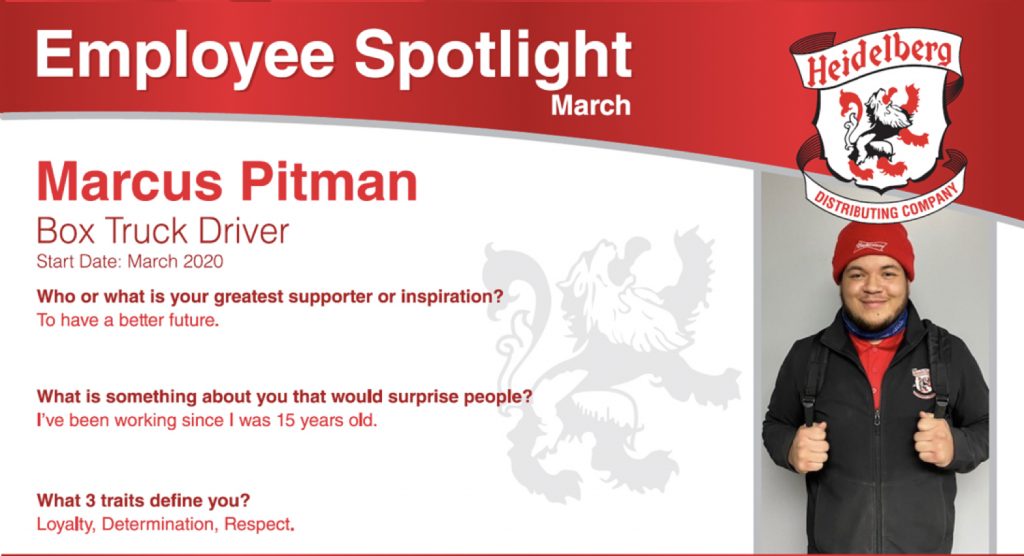 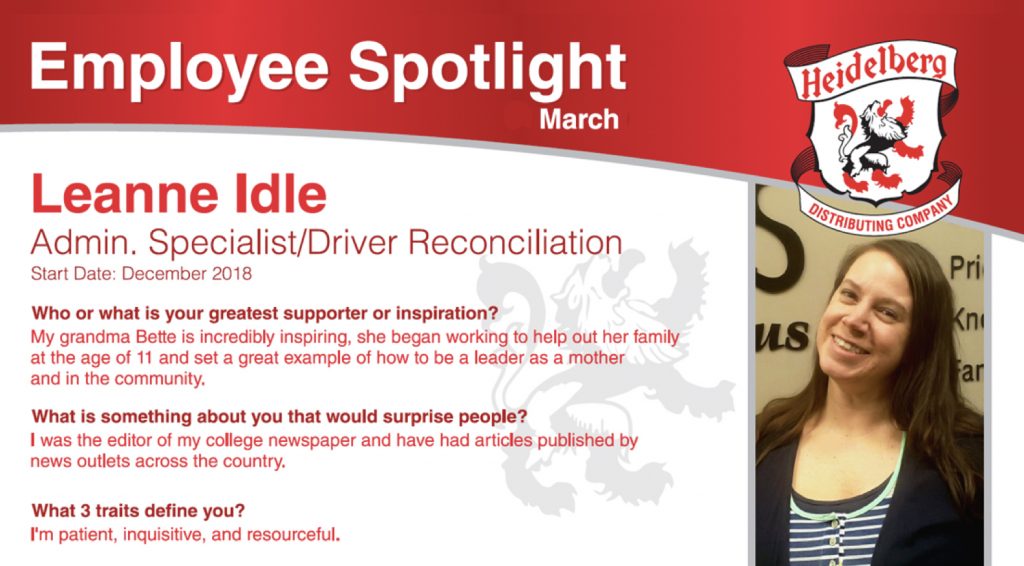 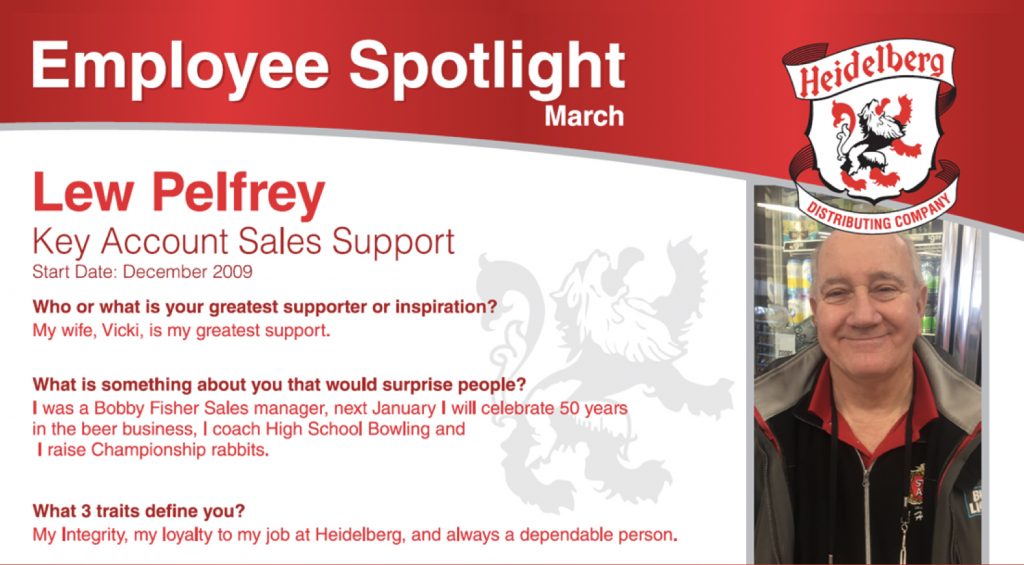 → Congratulations to Delivery Driver, Eric Gambill on the birth of his new son Hudson James, born on February 26.

→ More goodie bags went out to Lorain’s drivers! This time it was on St Patrick’s Day and the bags were loaded with all kinds of “green” snacks. The drivers did a great job getting product in their accounts for the holiday. 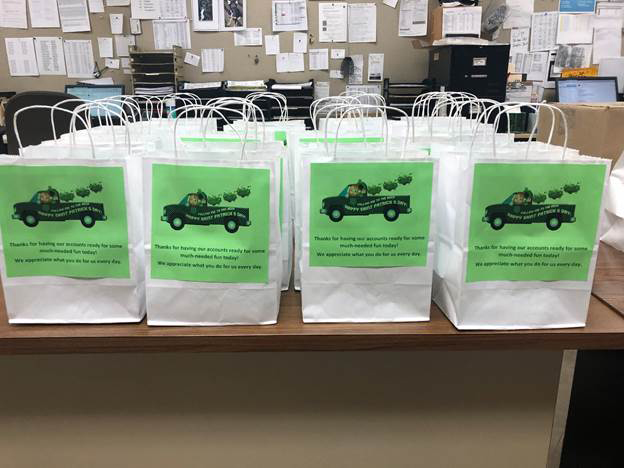 IT’S OFFICIALLY “GOODIE BAG” SEASON IN LORAIN! ALL THE DRIVERS GOT SPECIAL TREATS FOR ST. PATRICK’S DAY TO KEEP THEM ENERGIZED WHILE MAKING THEIR DELIVERIES.

→ Essentia and Heidelberg have donated water to first responders all over the state. Lorain donated to The Salvation Army, The Amherst Police Dept, Second Harvest and The Vermilion Fire Department. 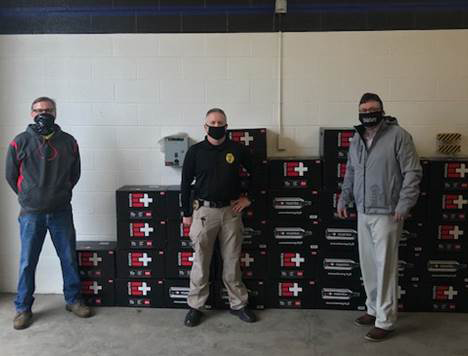 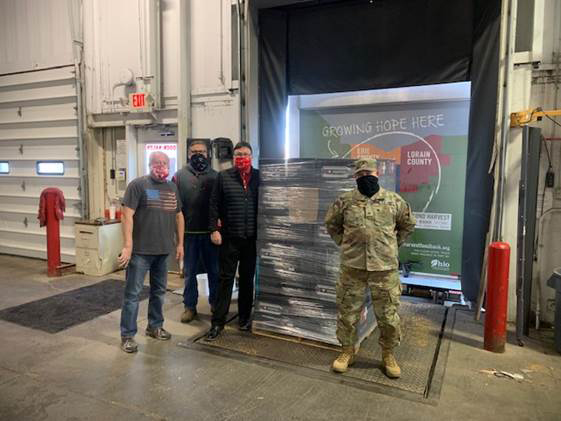 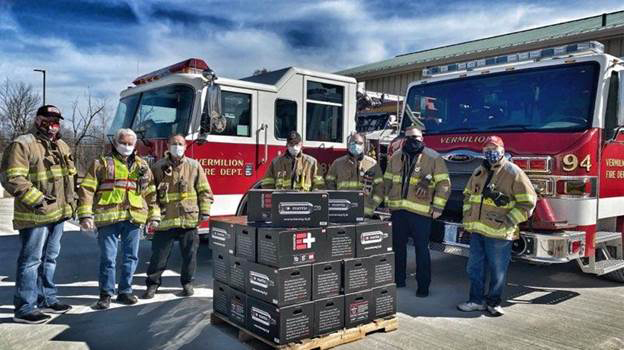 DONATION TO THE VERMILLION FIRE DEPARTMENT. THIRD FROM THE RIGHT IS SPECIAL EVENTS SUPPORT, TYLER KEITH, WHO ALSO SERVES AS A VOLUNTEER FIREFIGHTER. 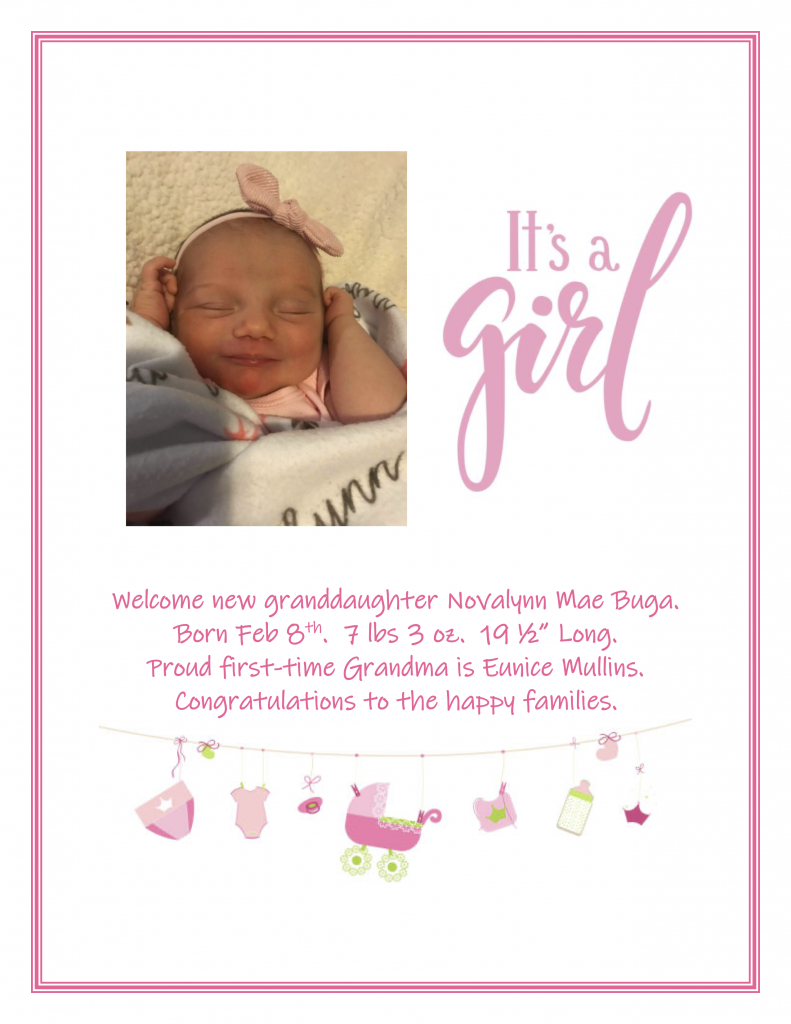 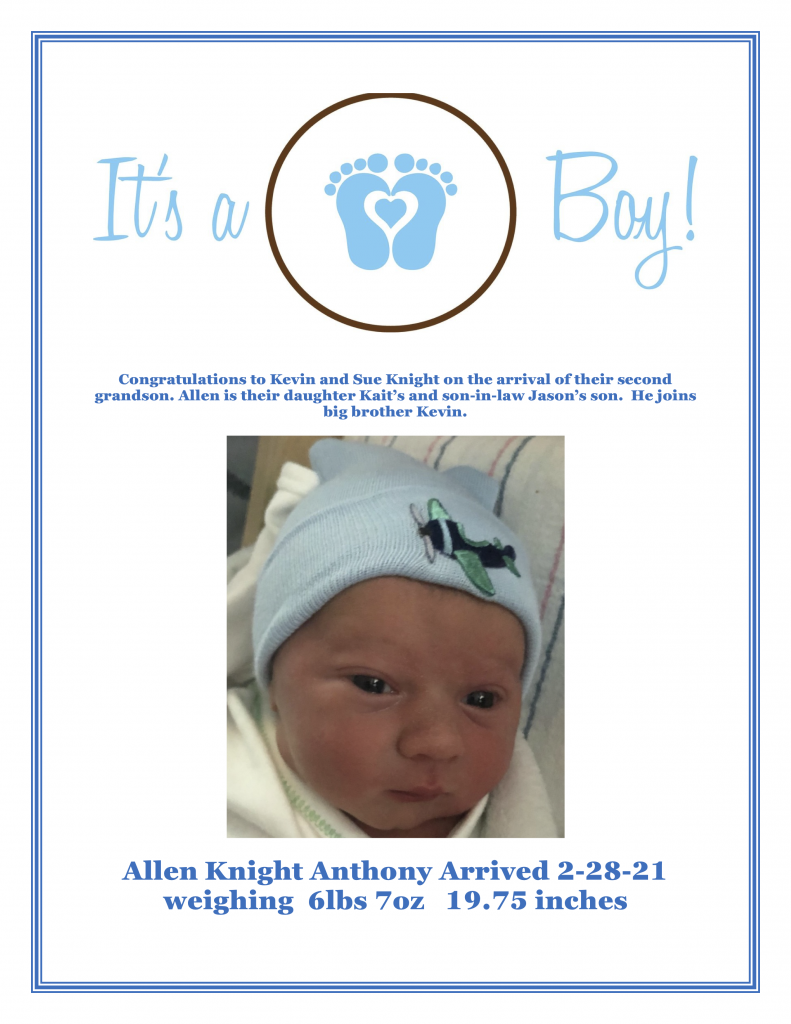 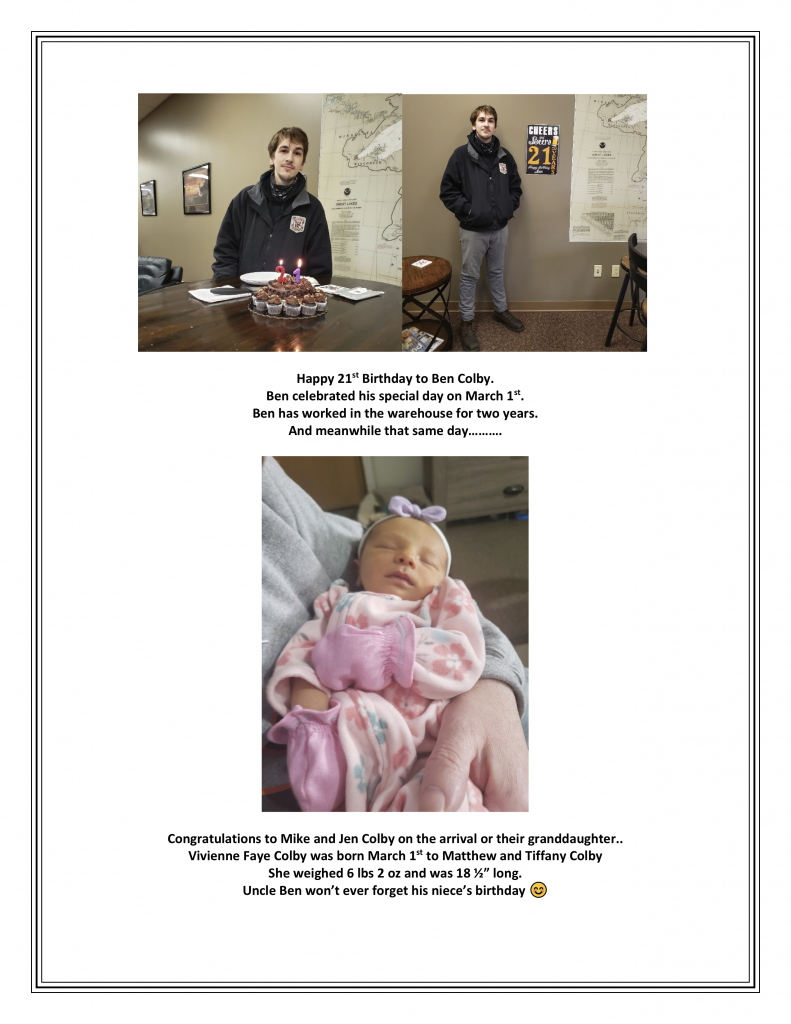 → For the second time in three years (2018) Wine Trends has been named ‘Distributor of the Year’ by Michael David Winery. Team Wine Trends was able to thrive in 2020 with more than a 21% increase in MDW sales and growth in six of the seven brands and in 10 of the 12 months of the year. Congratulations!

→ Congratulations to Mike Turner who was promoted to sales professional in Cleveland. Mike was previously a sales apprentice in the Columbus market.