→ In an interview with on-line Brewbound, National Beer Wholesaler Association (NBWA) chief economist Lester Jones said that on-premise sales account for roughly 20% of the total beer volume in the U.S. “Craft is over indexed to on-premise, so they will take a disproportionate hit,” he said.
Brewers Association (BA) chief economist Bart Watson estimated that 40% of craft beer’s volume flows through the on-premise trade, while about 30% of all beer sold in on-premise accounts is craft.

→ Despite all the craziness in the shopping aisles as Americans stocked up on food and paper goods in March, the food, beverage and trucking industries tried to get the message out that there was no disruption in the supply chain. The American Trucking Association said there is no shortage of truck drivers, both long-haul and local.

→ Anheuser-Busch is funneling $5 million from its sports and entertainment investments to the American Red Cross to help it with COVID-19 efforts and blood drives. Beyond that, the brewer and its sports partners will also “identify available arenas and stadiums to be used for temporary blood drive Centers,” as A-B offers up its tour centers in St. Louis and Merrimack, NH, for the same.

As part of the donation, Anheuser-Busch will also donate media air to the Red Cross for public service announcements.

→ Anheuser-Busch announced in March that they would add hand sanitizer to its production lines to help alleviate the shortage of the prevention product, especially for healthcare workers. They worked  with the American Red Cross to identify locations where hand sanitizer was most needed.

→ Constellation Brands announced, in partnership with its flagship brands Corona, Modelo, Kim Crawford, Meiomi, The Prisoner and High West, is donating more than $2.5 million to COVID-19 relief efforts, including: 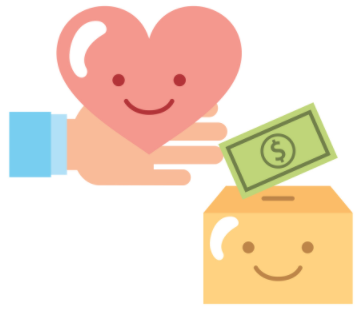 → During the COIVD-19 “panic week of buying” (March 7-14), Nielsen reported that total beer dollar sales for the week were up 14% nationally versus a year ago. Nielsen’s VP of Bev Alc Practice Danelle Kosmal told Beer Business Daily that “all segments in the category are up, and many are up double digits.” Even non-alc beer was up 48.6%. BBD also pointed out that even if you were to take beer’s current growth engine, FMBs and seltzers, out of the equation, total beer sales would still be on the verge of double-digit growth, up 8.1% for the week in Nielsen off-premise channels.

Interestingly, Ohio led the country with a 38% increase in beer sales, according to Nielsen numbers.