→ Vail Miller Jr. was featured in a Dayton Business Journal story regarding diversity and inclusion at Heidelberg in the October 15, 2020 edition of the paper. The story was part of a series on “Diversity in Business” in the Miami Valley.

→ Kentucky had their kickoff meeting for Old 502 Winery at the Louisville City FC Stadium on October 9. The meeting was outdoors and Team Kentucky “masked up” and followed proper safety protocol. Old 502 is Kentucky’s 2nd best-selling local winery and we are determined to make them #1! The jumbotron you see in the pictures is the largest in Kentucky, two feet wider than the big screen at Churchill Downs! 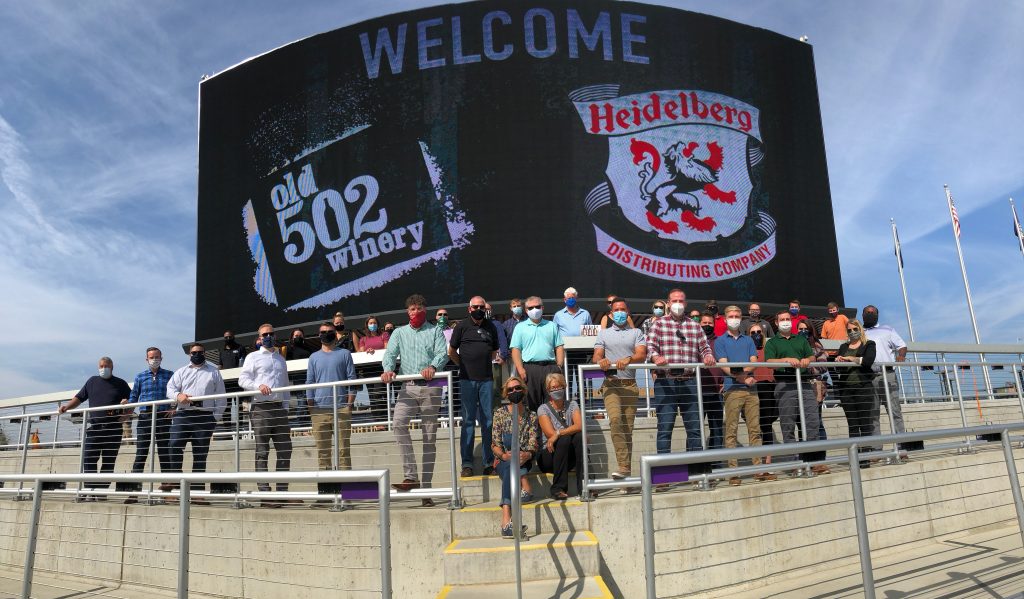 TEAM KENTUCKY POSES OUTSIDE LYNN FAMILY STADIUM HOME OF THE LOUISVILLE CITY FC PRIOR TO THEIR KICKOFF MEETING WITH OLD 502 WINERY ON OCTOBER 9. 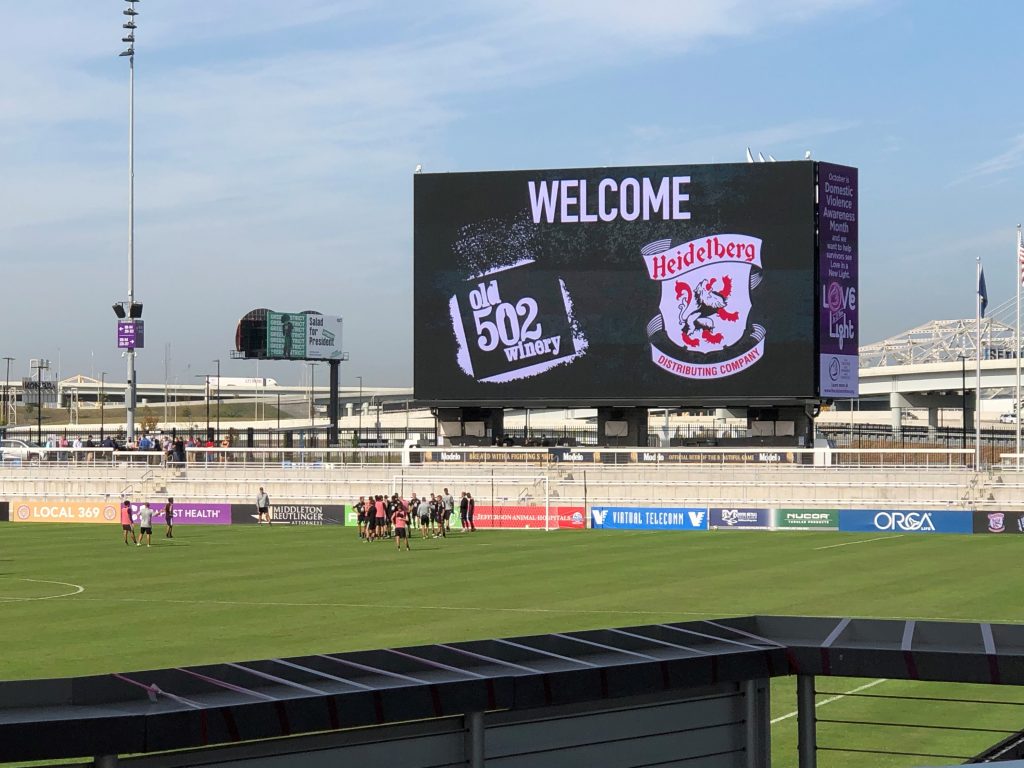 THE LOUISVILLE CITY FC HARD AT WORK ON THE PITCH IN FRONT OF KENTUCKY’S LARGEST JUMBOTRON SCREEN, WHILE TEAM KENTUCKY WAS MEETING IN THE STADIUM WITH OLD 502 WINERY.

→ Heidelberg will begin statewide distribution of Owensboro’s Green River Distilling Co. on November 1. Also making its statewide debut that day is Yellow Banks Bourbon. The Kentucky Straight Bourbon Whiskey, which uses Owensboro’s original name, is a collaboration between the distillery and the Kentucky Corn Growers Association. Green River uses 800,000 bushels of Kentucky corn in its whiskey every year. 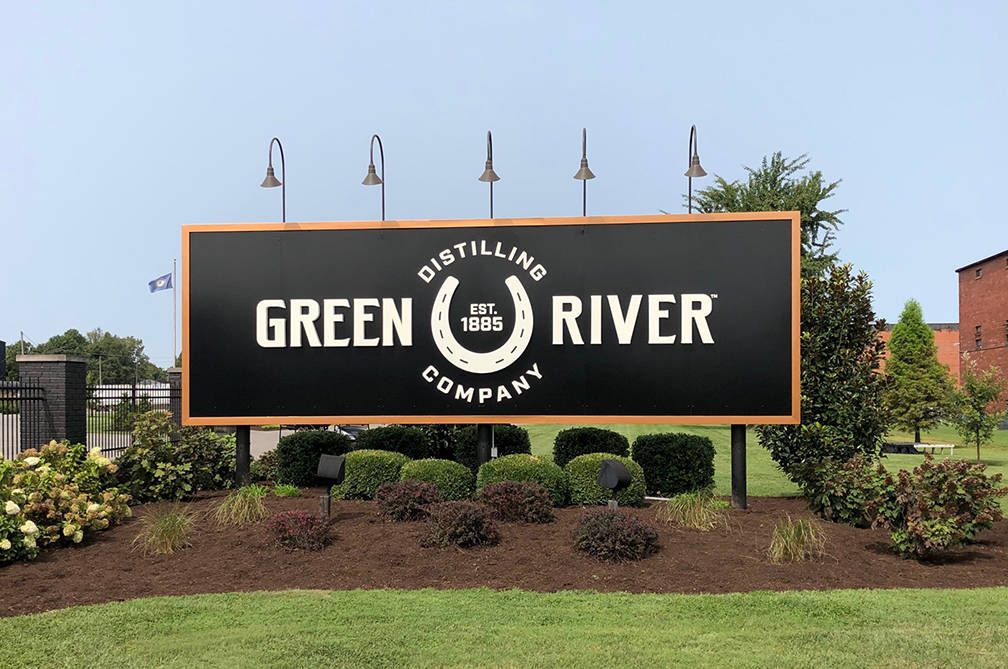 → Customer Development Manager – Beer, Steve Eha, has something in common with some of the greatest Cincinnati Reds players to ever play the game. His likeness hangs on a banner outside Great American Ball Park, home of the Cincinnati Reds. Steve was selected as a “Frontline All-Star.” The program is a partnership between Tri Health and the Reds and includes 20 banners outside featuring the photo of an employee who serves as a representative of all the “heroes” from that line of service, which include: health care, public safety, grocery, restaurants, food manufacturing, energy, waste management & recycling, postal services, transportation, military, critical manufacturing, education and information technology. 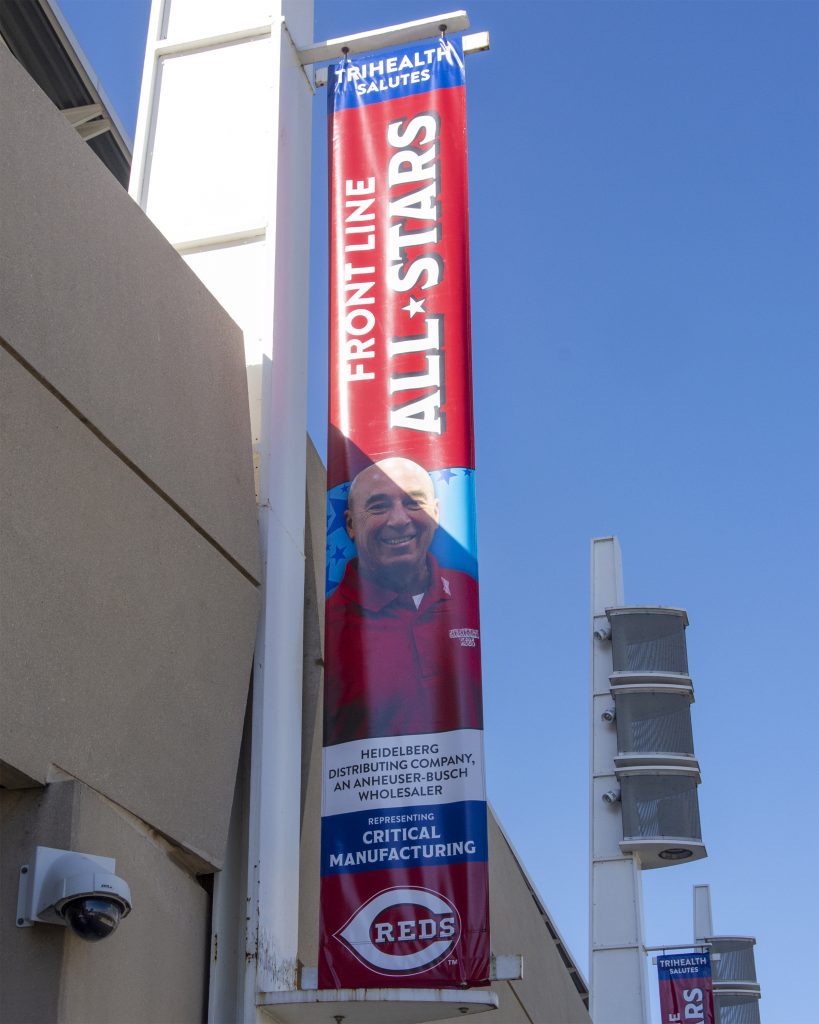 CUSTOMER DEVELOPMENT MANAGER STEVE EHA’S FRONTLINE ALL-STAR
BANNER AT GREAT AMERICAN BALL PARK. HE IS ONE OF 20 ALL-STARS
RECOGNIZED BY TRI-HEALTH AND THE CINCINNATI REDS! 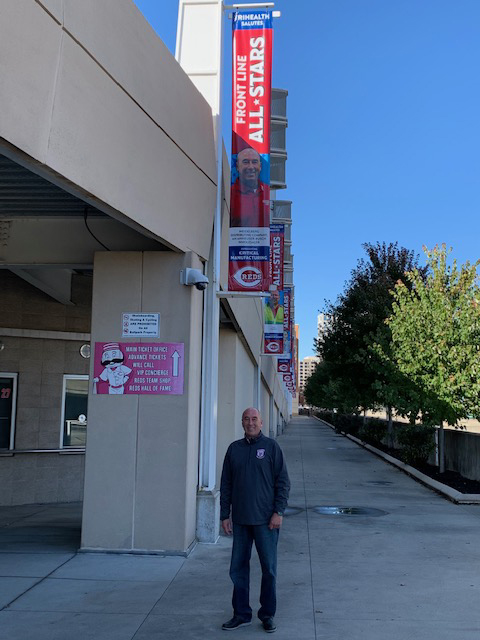 → On Wednesday, October 7, Field Sales On Premise Manager Justin Wise hosted an Opus One wine dinner at Hen Quarter Dublin. He zoomed in Opus One national sales rep Gina Voci while he supported on site. It was a great event! 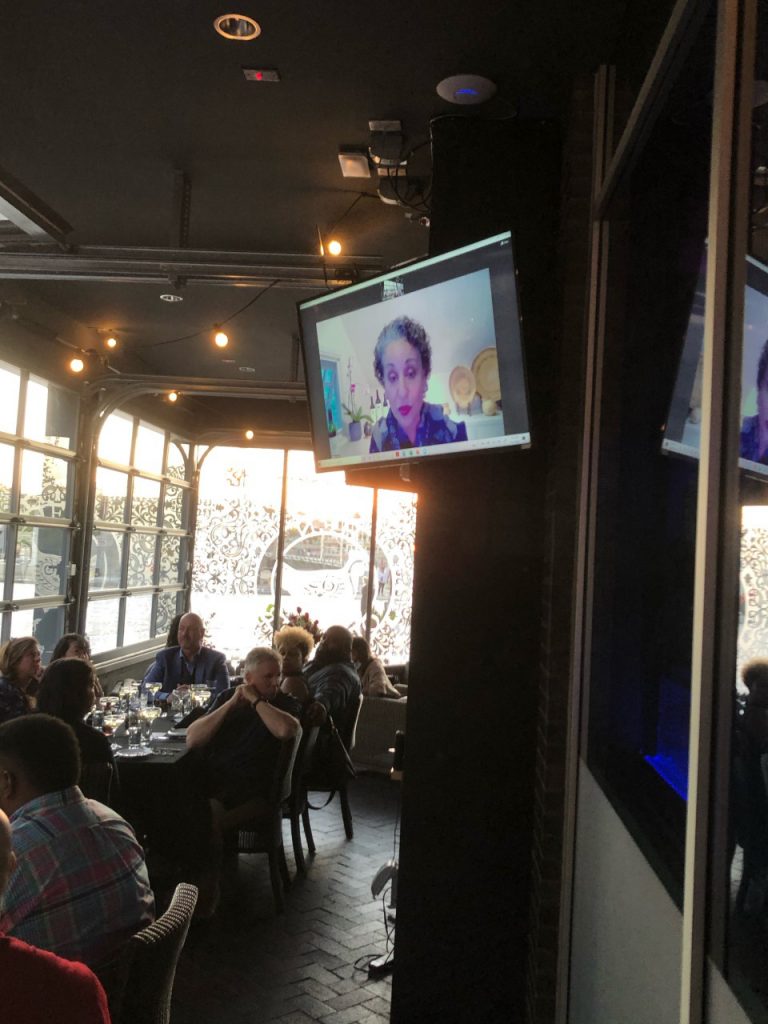 OPUS ONE NATIONAL SALES REP GINA VOCI TALKS TO THE CROWD
VIA ZOOM DURING THE OPUS ONE WINE DINNER. 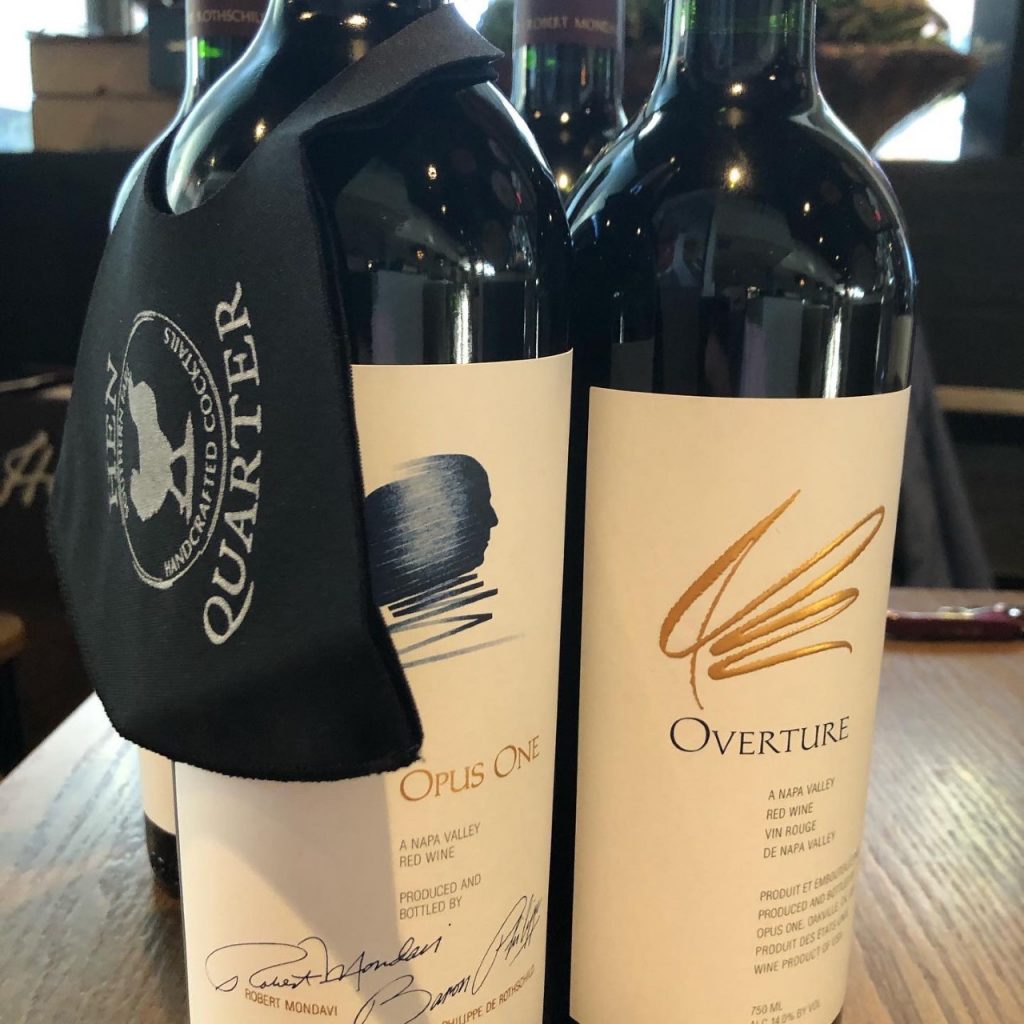 TWO OF THE BOTTLES THAT WERE SAMPLED AT THE OPUS ONE WINE DINNER
HELD AT HEN QUARTER DUBLIN, HOSTED BY FIELD SALES ON-PREMISE
MANAGER JUSTIN WISE.

→ Due to the restraints of Covid, Columbus relied on the technology of Karma to assist Delicato, one of our suppliers, in the marketplace. The sales team did outstanding work in submitting display photos, cold box execution & distribution to the HDC & Delicato teams on survey day on October 7 via karma. Business goes on! 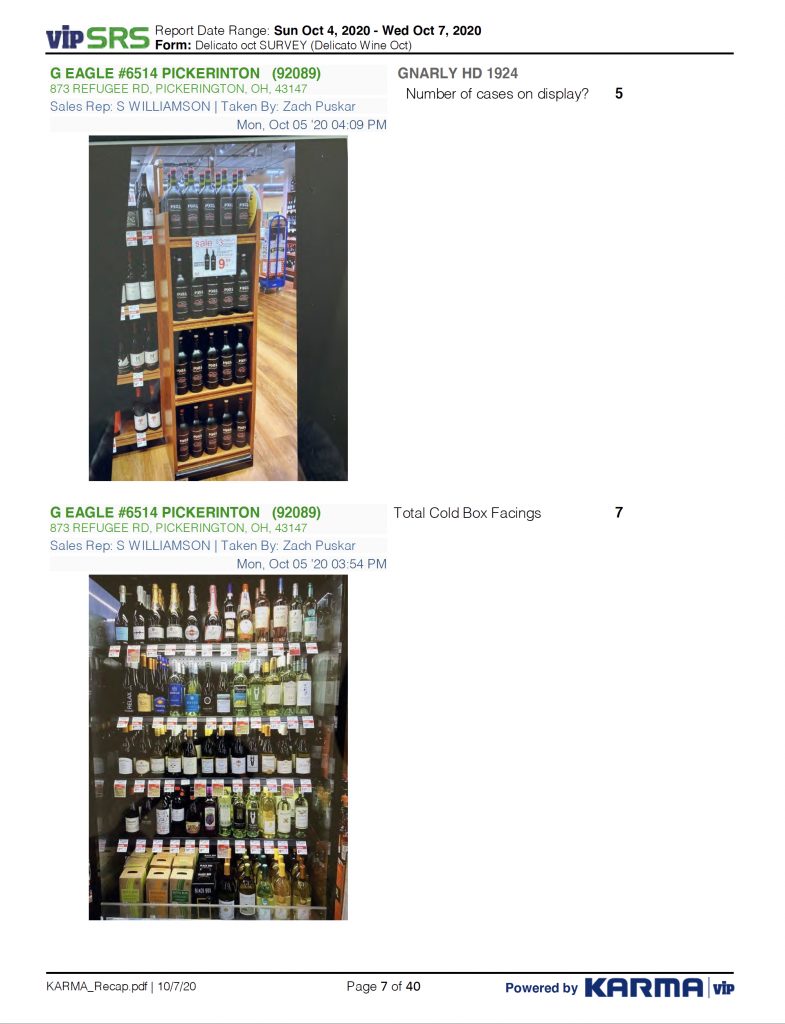 IF YOU CAN’T SURVEY IN PERSON, USE TECHNOLOGY. COLUMBUS SENT IN SURVEY RESULTS VIA KARMA TO DELICATO OF DISPLAYS AND COLD BOX EXECUTION.

→ Ron Utterback General Sales Manager Cleveland/Akron/Canton and 28 others from around the U.S. were able to join Celebrity Chef Richard Blais for an evening of great wine and burgers during the “Sutter Home Build a Better Burger: Burgers with Blais,” virtual cook-along event. For the 30th anniversary of the contest, Sutter Home shipped all participants a “Build a Burger Kit” that included a cutting board, apron, BBQ utensils and all of the ingredients for the winning burger recipe. Ron and the other participants signed into a Zoom room and followed along with Chef Blais to prepare and cook the burger. Heidelberg Cleveland finished the BBB 2020 program at +14% for the timeframe of this program ending up as one of the Top 40 performers in the country. 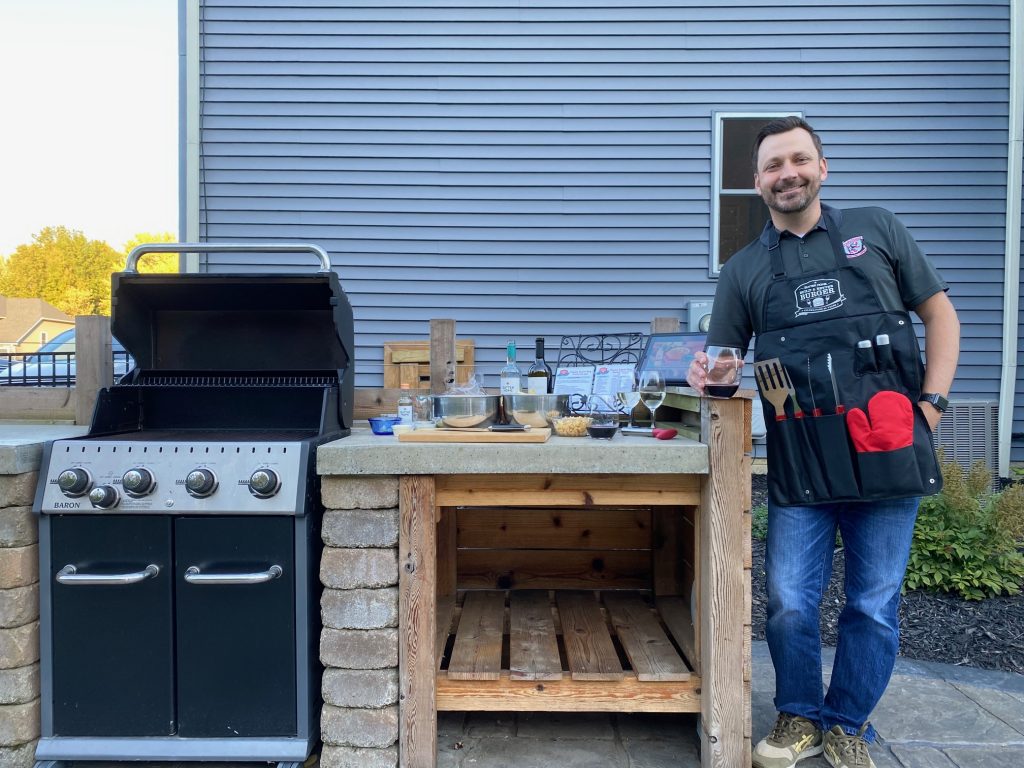 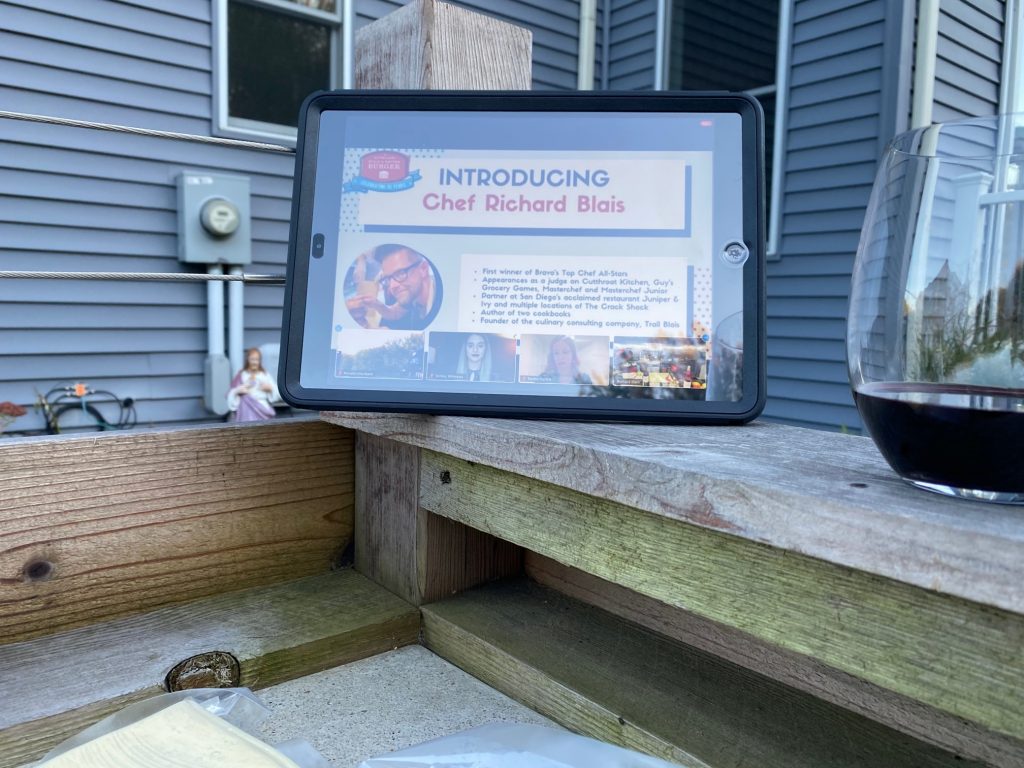 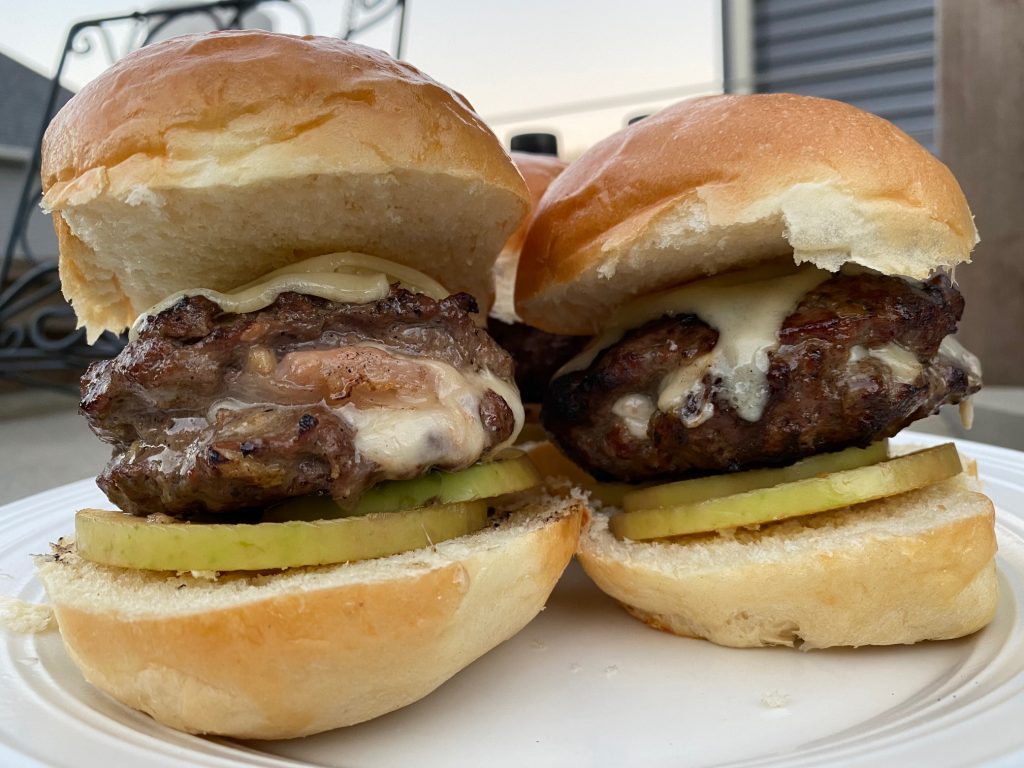 → Lorain was treated to a delicious grilled lunch on Wednesday, October 7. Our resident day warehouse Associate Justin Karl – AKA Chef! gave us mouth-watering marinated fillet and shrimp kabobs and homemade mac-n-cheese. Others including warehouse supervisor Glenn Bayless contributed to the feast. Justin has been to Las Vegas and competed in grilling contests. Team Lorain is thankful to be working for a manager and company who lets Associates share their talents and life passions with each other! They definitely enjoyed their celebration! They like their food in Lorain, in fact they had so much left over they enjoyed it for lunch again on the next day! 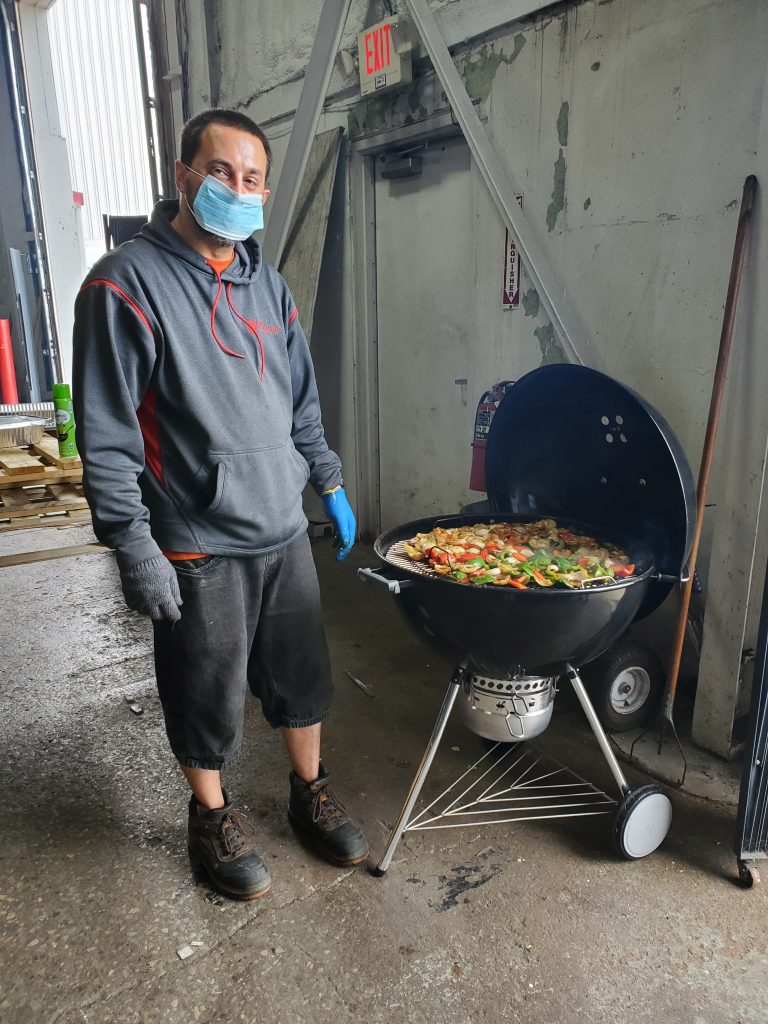 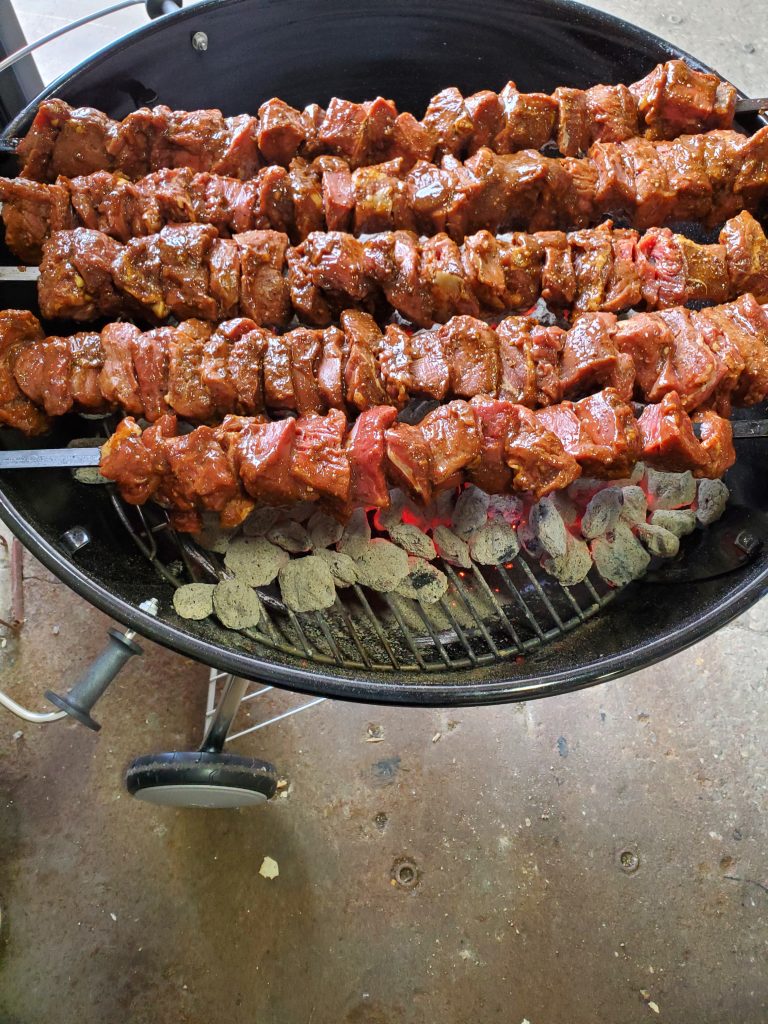 MARINATED FILET KABOBS GRILLING UP TO THE PERFECT TEMPERATURE. 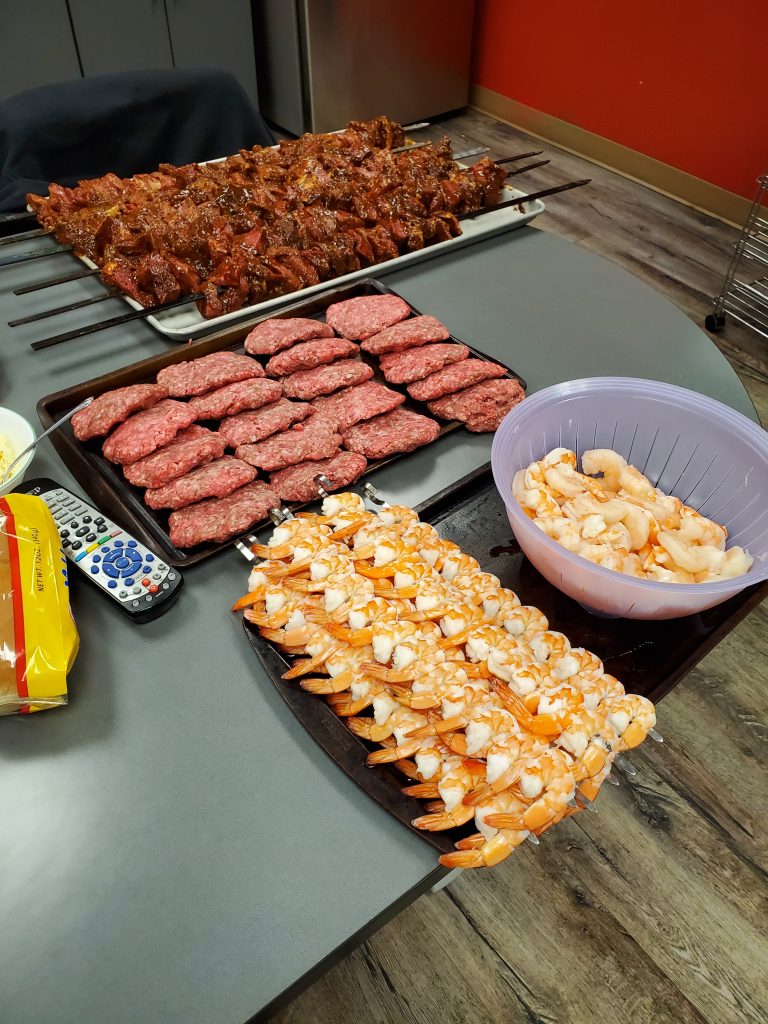 GETTING READY FOR THE FEAST. IT’S THE CALM BEFORE THE GRILLING
STORM WITH ALL THAT FOOD JUST WAITING FOR THE GRILLS TO HEAT UP! 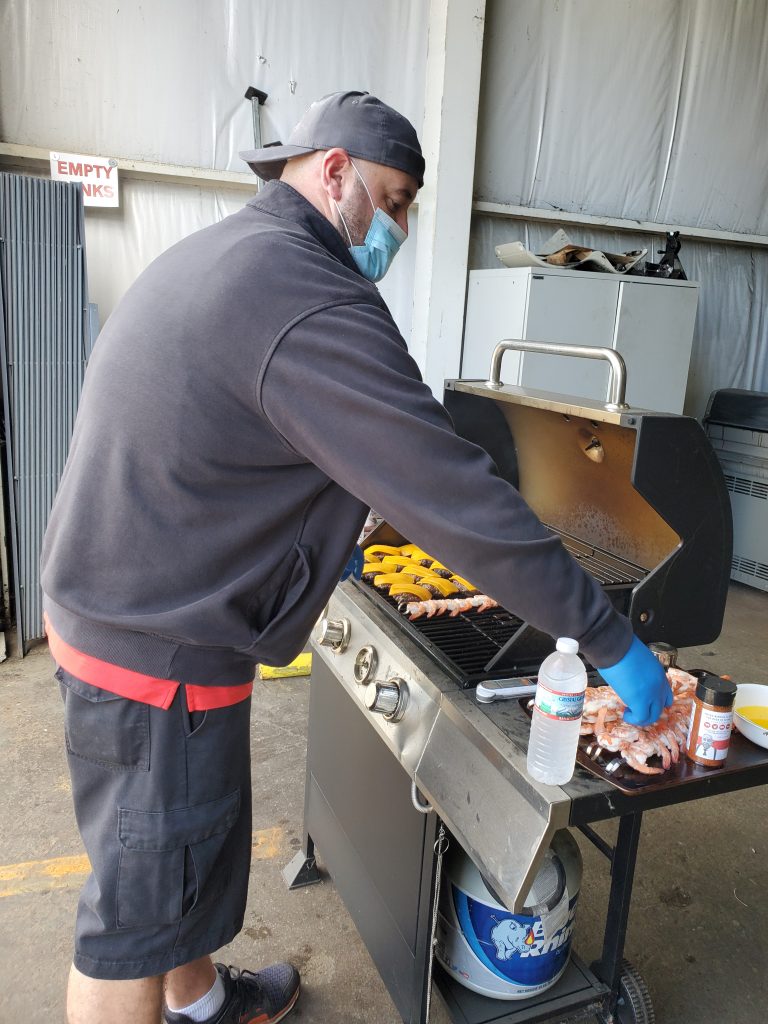 → Thursday Oct 15 was “Dawg Day.” Browns apparel was encouraged. Lorain celebrated Browns vs Steelers week with dawgs….HOTDOGS! Team Lorain was treated to a hotdog luncheon from a local eatery called Hotdog Heaven. They recently had a fire and are operating out of a food truck at the moment. Vice President & General Manager Kevin Knight and all of the Lorain market feels very strongly about supporting local businesses. The joke during the lunch was Steeler fans had to eat last, but they got the last laugh with a 38-7 win over Cleveland. 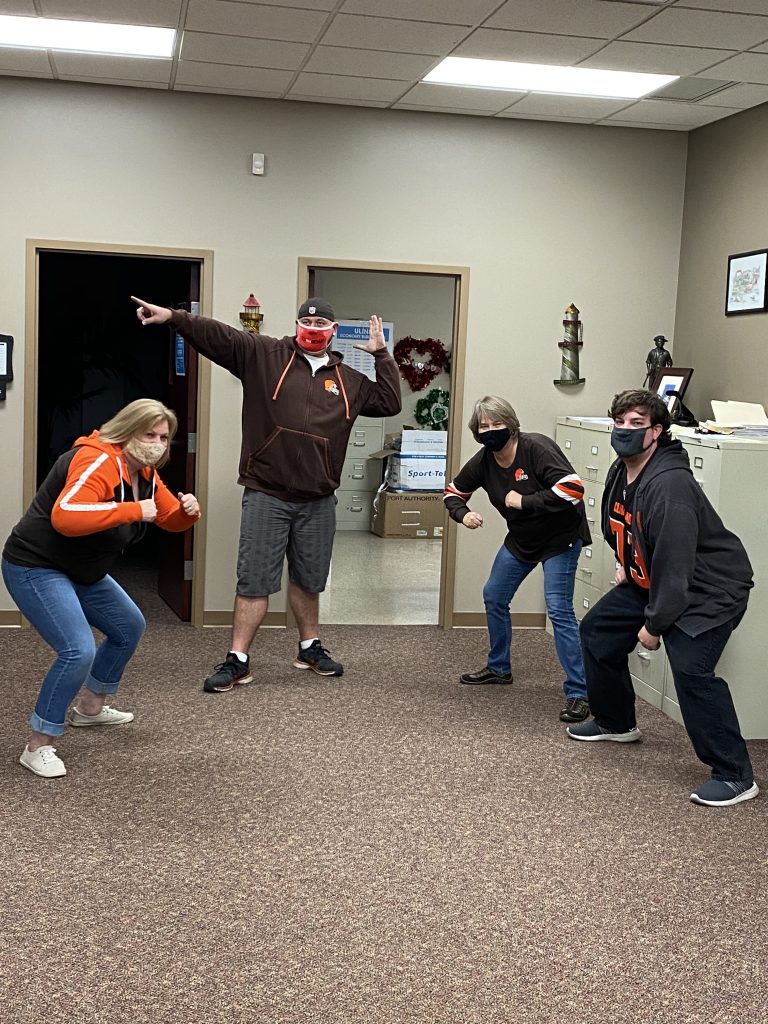 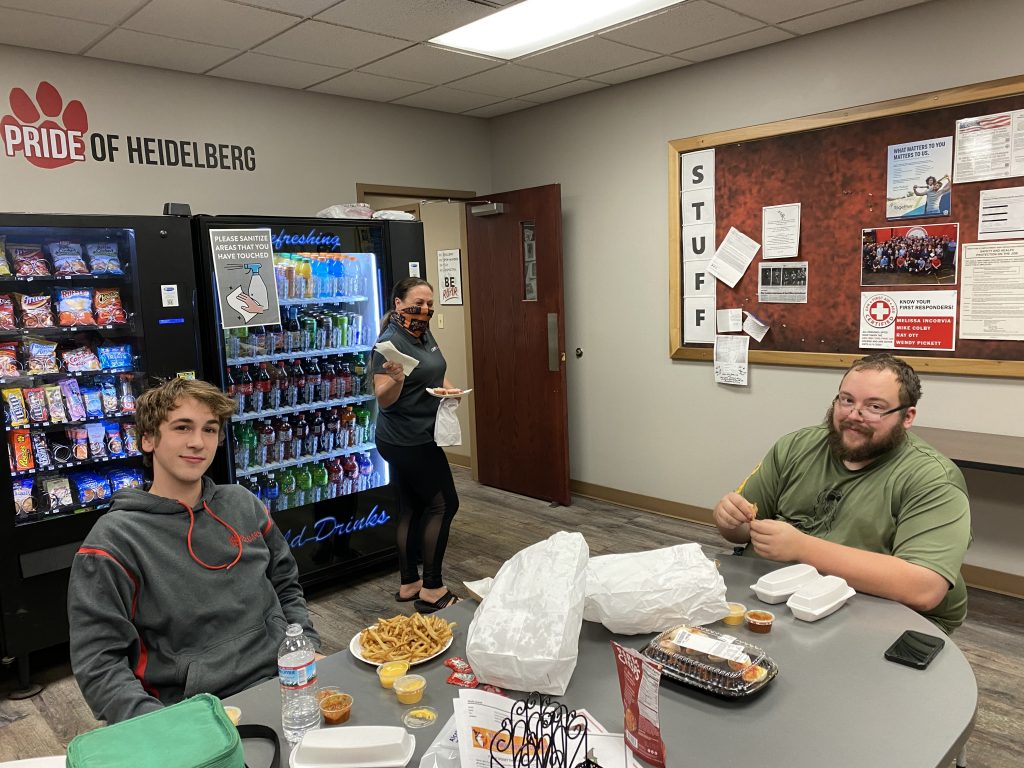 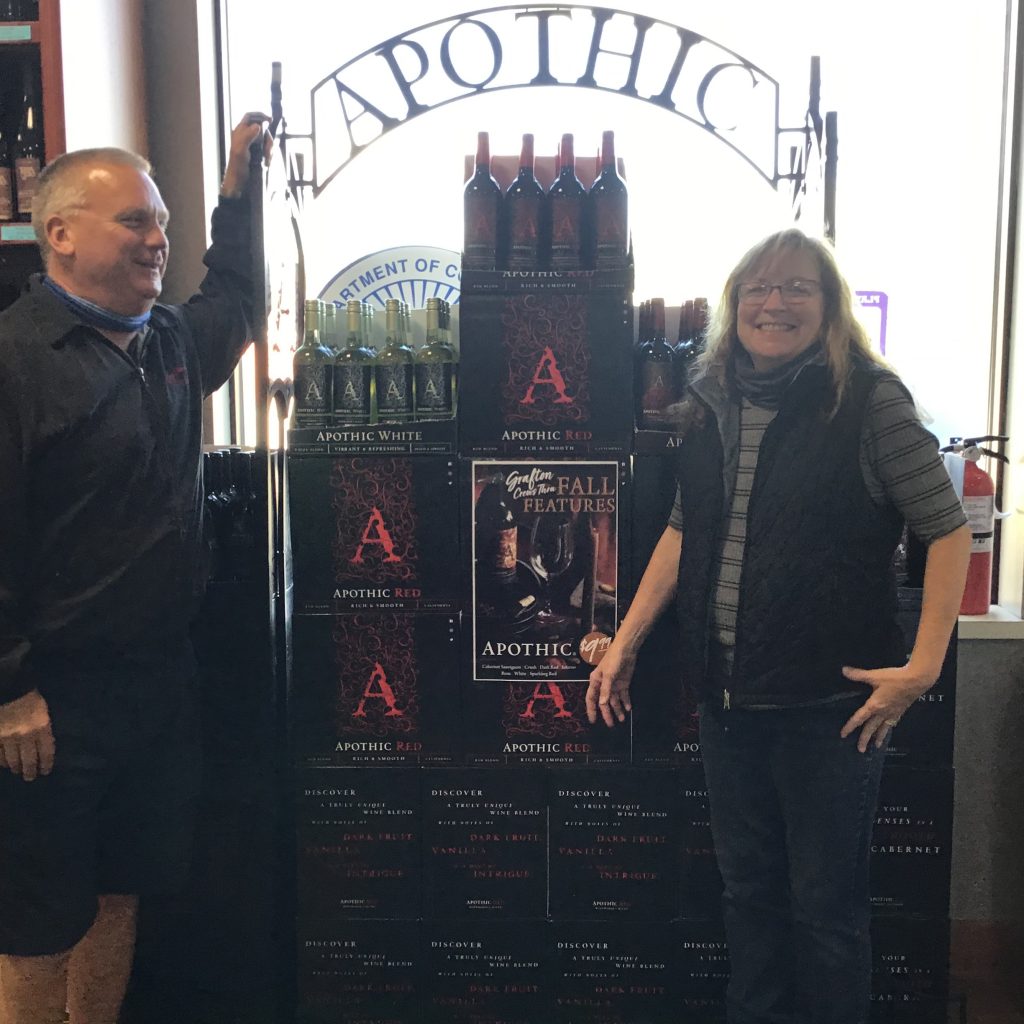 GREG AND SUE THE OWNERS OF GRAFTON CREWS THRU HAVE A GREAT
DISPLAY FEATURING APOTHIC WINES. LORAIN SALES REP COURTNEY RICE
HANDLES THE ACCOUNT AND IS HAPPY TO KEEP IN FILLED IN FOR THEM!

→ Congratulations to Paul Kanz who recently stepped down as manager of Lorain’s southern team. He is still going to work for Lorain in a sales support capacity. He did a great job keeping our southern team informed and included even though they are not close by. 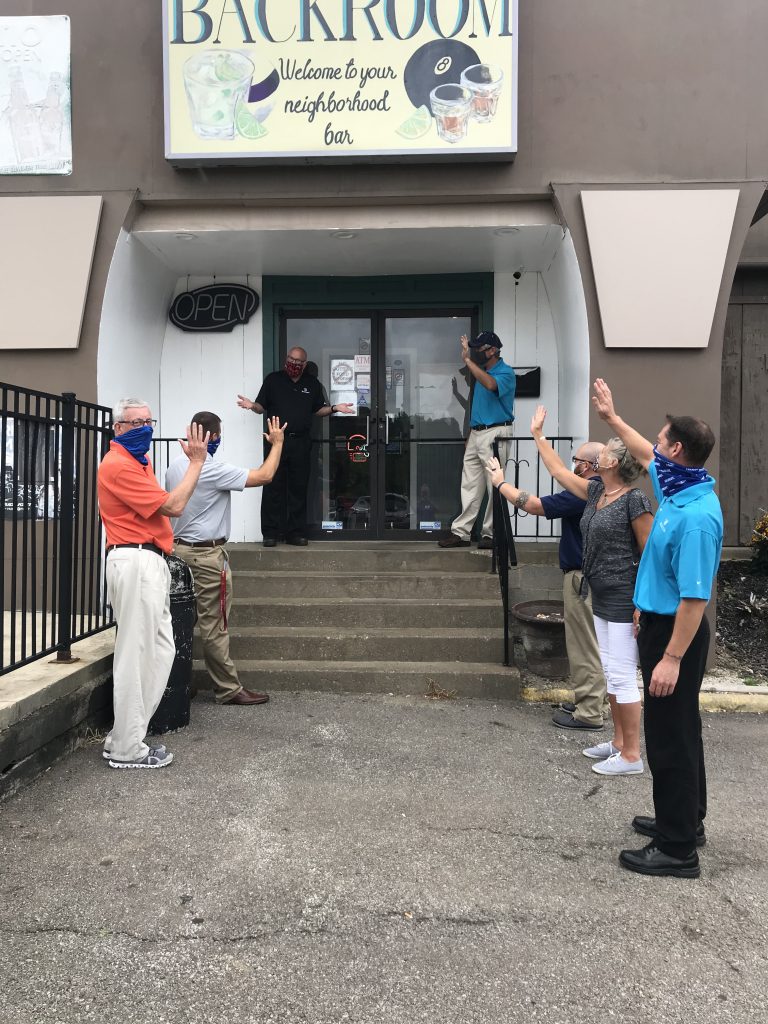 PAUL KANZ GETS THE HAND WAVE SALUTE FROM HIS “FORMER” TEAM,
AS HE DEPARTS AS MANAGER OF LORAIN’S SOUTHERN TEAM. PAUL IS
NOT REALLY LEAVING AS HE WILL ROLL INTO A SALES SUPPORT CAPACITY. 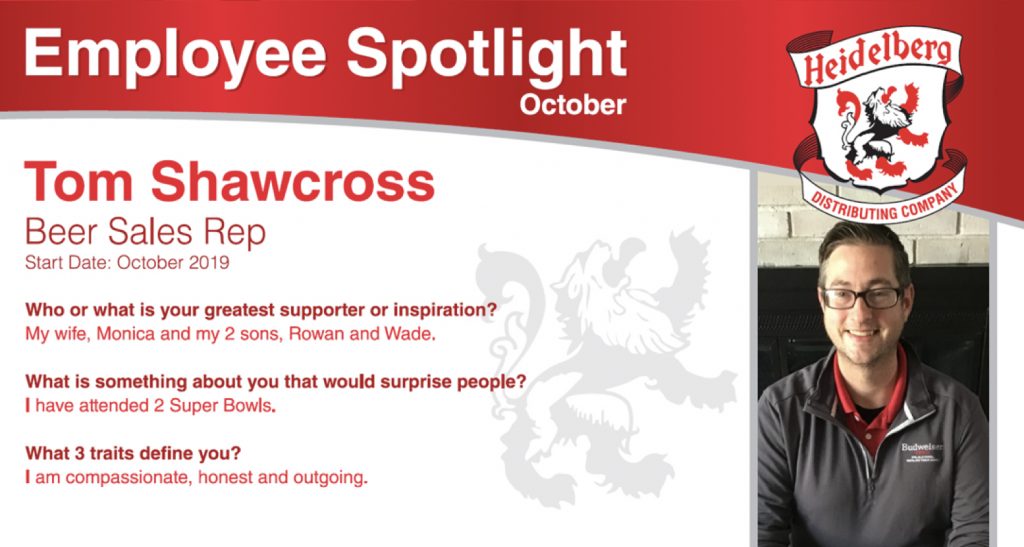 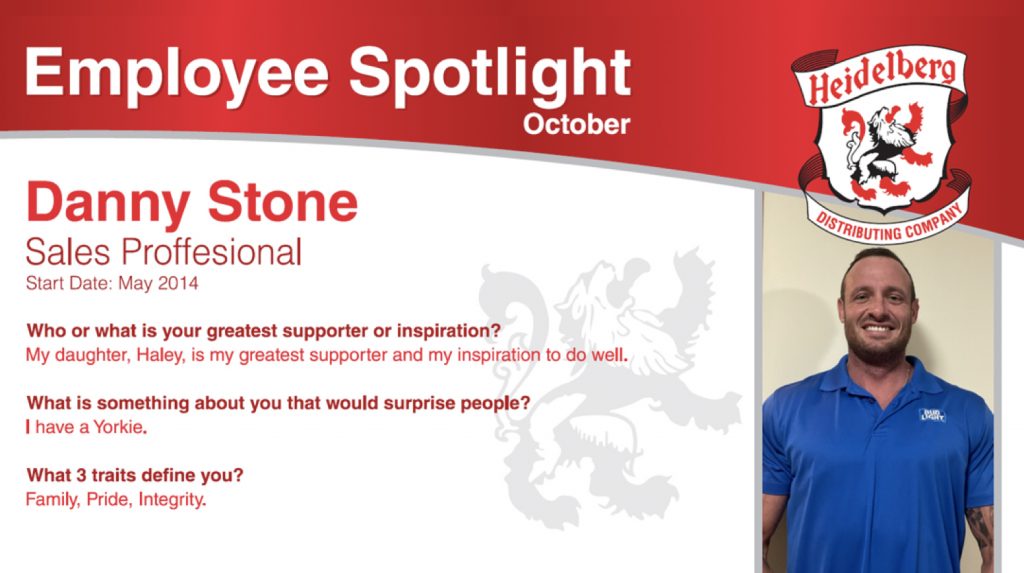 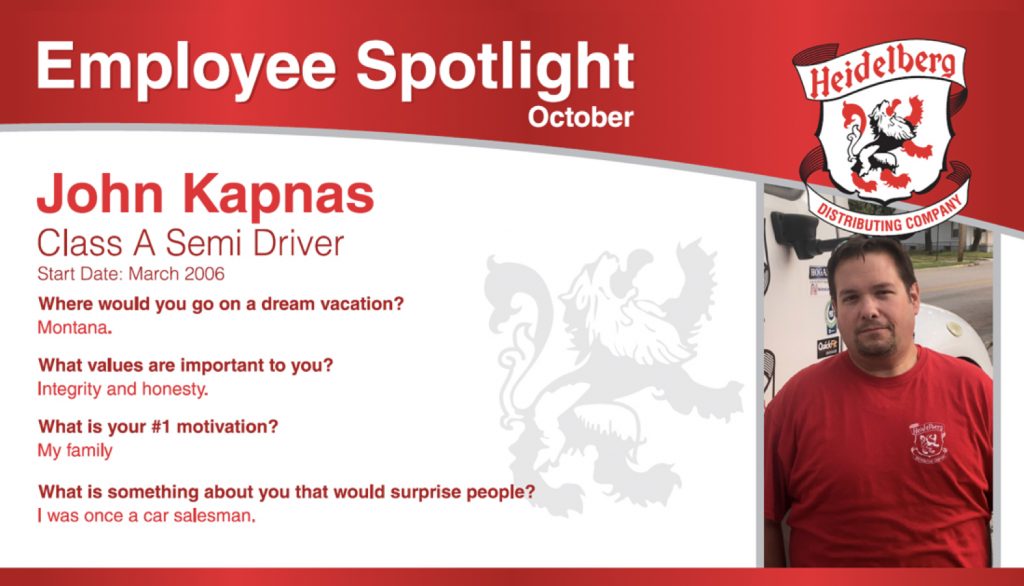 OV held a wine dinner at Ivory House in Cincinnati on September 28. It was hosted by Scott Johnson of Tuck Beckstoffer Estates in collaboration with OV Fine Wine Consultant, Rachel Grossman. Ivory House is a new Independent account that opened in June 2020 and has seen great support from the community. This was their first Wine Dinner that they have hosted since opening. 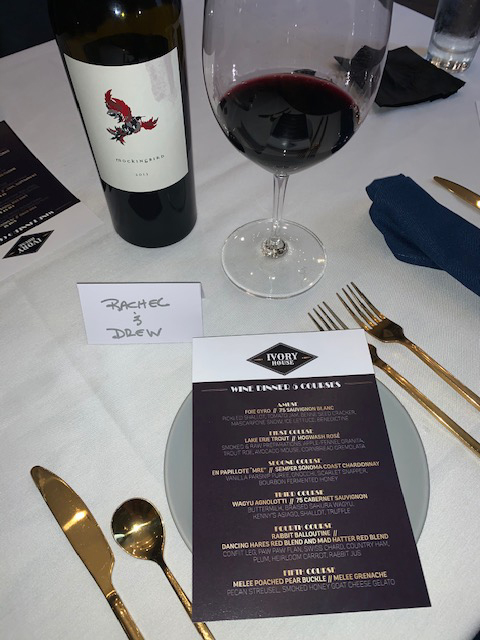 SIX DELICIOUS COURSES AND SIX OUTSTANDING WINES. THE MENU FROM
THE TUCK BECKSTOFFER ESTATES WINE DINNER AT IVORY HOUSE IN CINCINNATI
AND A BOTTLE OF MOCKINGBIRD CABERNET TO GET THE EVENING UNDERWAY. 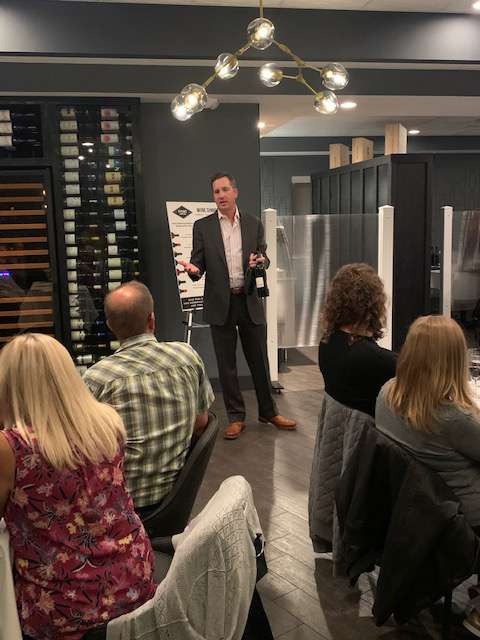 SCOTT JOHNSON FROM TUCK BECKSTOFFER ESTATES ADDRESSES
THE PATRONS AND TALKS WINE AT THE IVORY HOUSE IN CINCINNATI.

→ Congratulations to Brandon Izor, OV’s new night shift manager. After working as a driver for the past seven years, he is starting a new chapter with the company. Best of luck Brandon!

→ Toledo launched driver iPads on October 5. Thanks to the IT Department for all of their assistance! 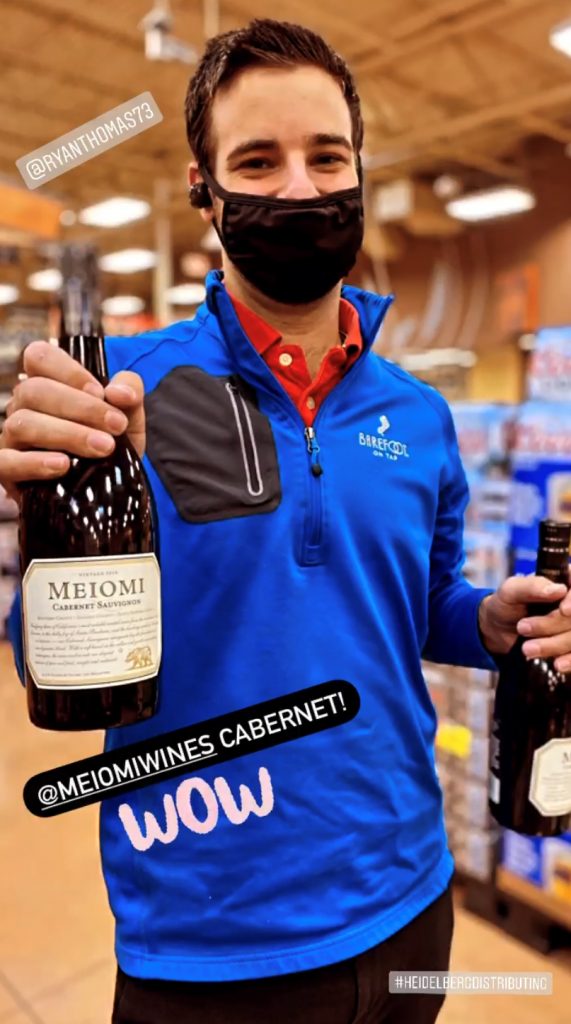 → Also, in October Wine Trends held two very successful trade tastings in Cleveland that followed Covid19 safe protocols. The tastings were by appointment and customers had a chance to discover new brands such as Au Bon Climat and Cliff Lede as well as luxury wines from around the world. Wine Trends will be holding similar events in other markets in the coming weeks.