→ Cincinnati Marketing Manager Lyndsey Longshore competed in her first competition at Newport Fitness, on Saturday October 17. Lyndsey and her partner Shelly Ruburg, came in first place after three rounds of different workouts, for the Newport Fitness Internal Partner Competition. The very next day, Lyndsey and Shelly completed a half marathon(13.1 miles) walking through Northside, Ohio and Spring Grove cemetery, then back through Northside, for the 2020 Cincinnati Queen Bee’s Virtual Marathon! 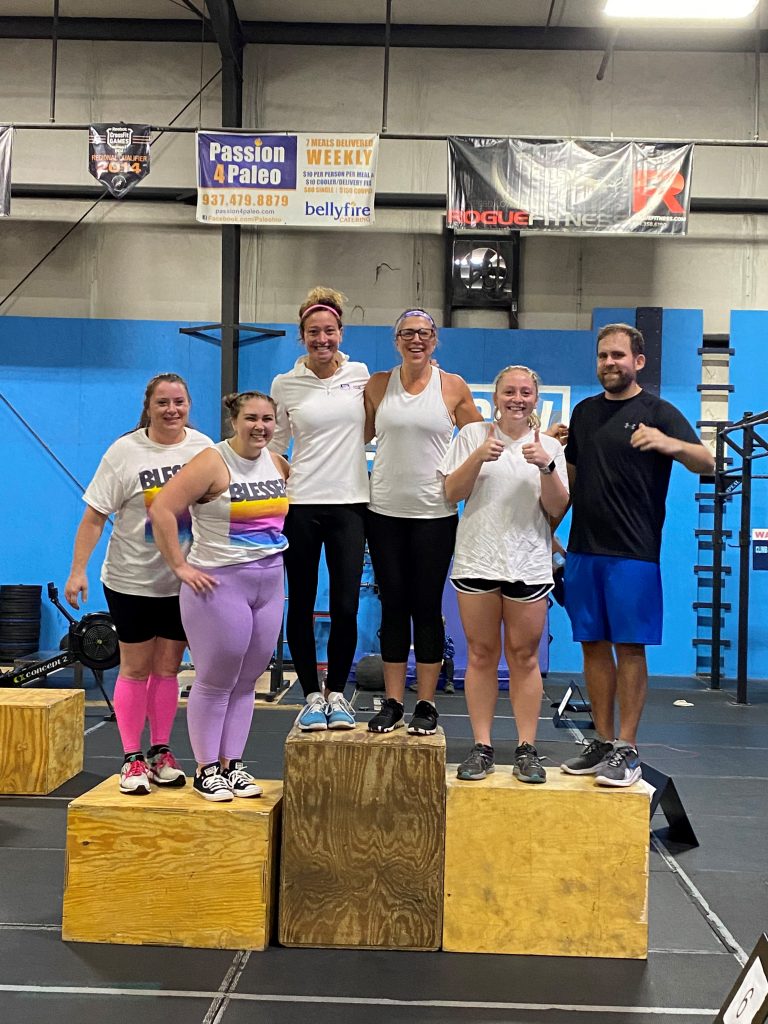 LYNDSEY LONGSHORE AND HER FITNESS PARTNER SHELLY RUBERG
ON THE VICTORY PODIUM. 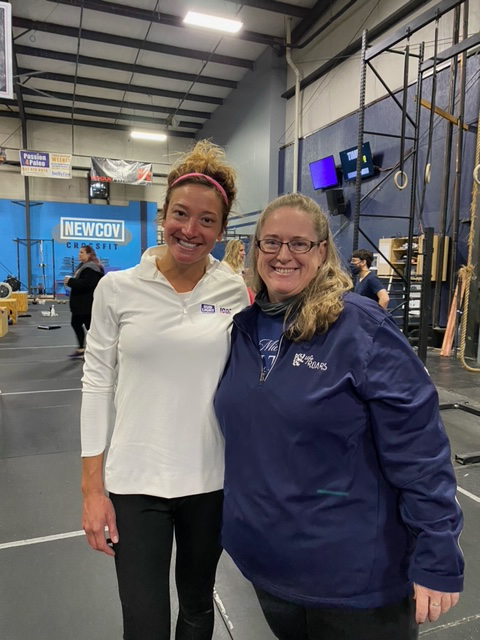 → Kentucky District Sales Manager Stephanie Adams gave birth to Geneva Cassia Grey on October 2, 2020. Cassis is a botanical in gin, which Stephanie thought was fitting since she met Geneva’s dad Chris Turner in the biz. Born at 8:15 pm and weighing 5lbs 4oz she has been given the nickname “Squeaker” because her mom says she squeaks like a tiny piglet! 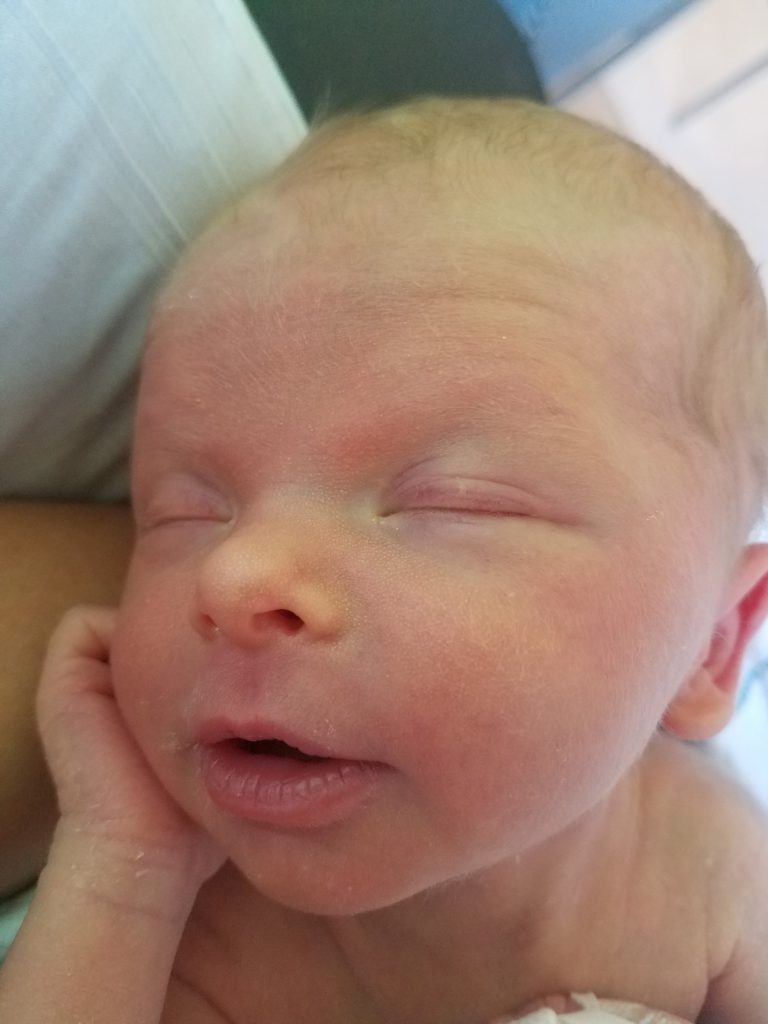 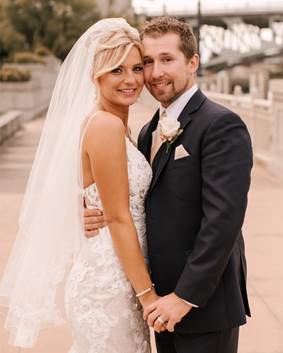 → Kasey Bird, Ohio Valley Wine Sales Pro, got married to John Ecker on October 10, 2020. They got married in the woods behind their home, because they love it there and they want to be able to visit that spot at any time for the rest of their lives. There was no wedding party, just her and John and the officiant. She walked down the aisle with her mom and dad, while John’s best friend played a song by the Beatles. Before their vows, Kasey’s mom and John’s friend surprised them by playing “Love of My Life” by Queen on the flute and the guitar. Their union was officiated by John’s best friend’s dad. After the ceremony they had hot dogs and hamburgers, had a toast with champagne, bourbon, and Sambuca. They made s’mores in the fire pit when it got dark.Truly a perfect day!

→ October was a busy month of weddings for Ohio Valley truck drivers at three of them tied the knot with their sweethearts! Congratulations to Scott Stapleton and his new bride Miranda who were married on October 2, 2020. Aaron Heileman married Morgan on October 10, 2020 and last but certainly not least, Kevin Billiter and his bride Beth also walked down the aisle on October 10, 2020. Congratulations to all three happy couples!

→ Walt Theodore, 67 died October 2, 2020, after a short battle with cancer. “Wally” was a beer driver at Heidelberg Dayton and retired in 2015 after 37 years of service. Dayton operations arranged to have his old truck and trailer in the funeral procession (including his name on the door) and the current driver fleet also had 25+ semis in the procession to the cemetery to celebrate his life and time on the job. 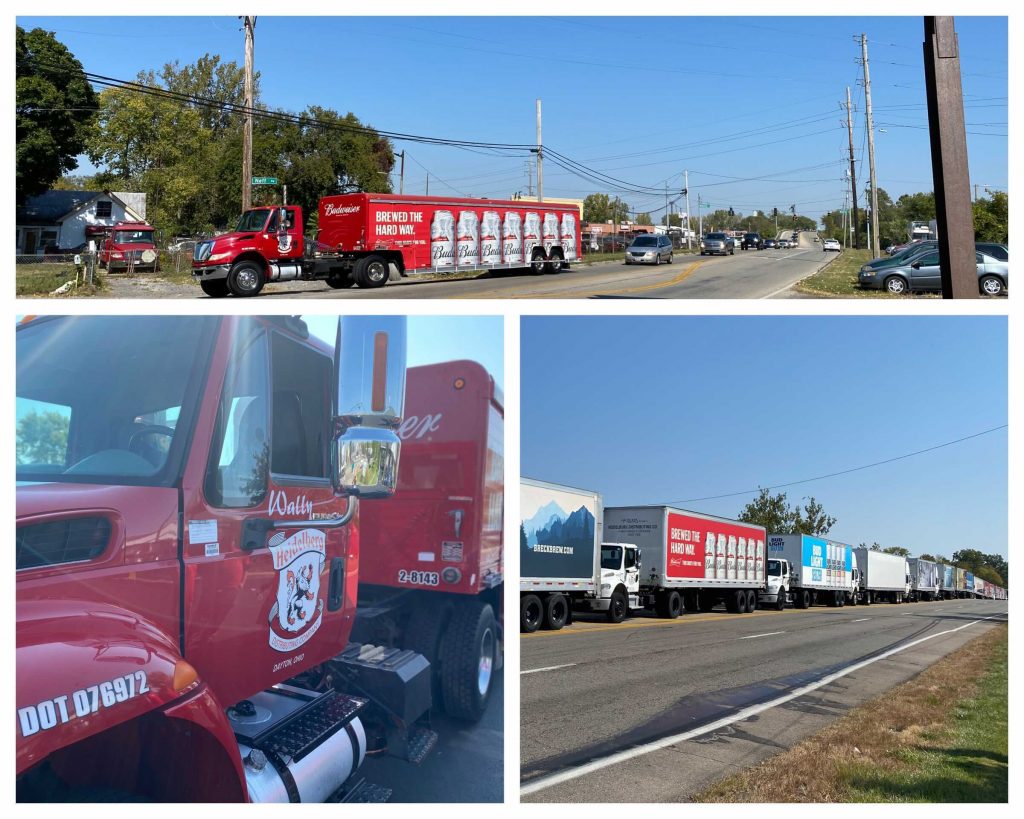 → Ardie Bonanno, a fixture in the Dayton wine scene passed away on Tuesday, September 29 at the age of 75. Ardie and his brother Frank started and eventually sold Allied Wine to Heidelberg in 1994.