Every Friday we salute an Associate who demonstrates our core values by posting his or her photo and background on Heidelberg’s social media channels Facebook and Twitter. Congratulations to these Associates who were featured in August:

→ TASTE OF THE TIMES, Heidelberg’s quarterly craft beer publication, has been produced for Autumn/Winter, with customized content for each market. Communications Director Mike Vander Woude writes the copy and Patty Robisch of Lion’s Edge designs the graphics. Each booklet showcases up to 15 to 20 of our craft beer partners. 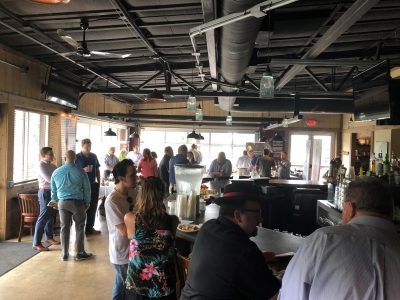 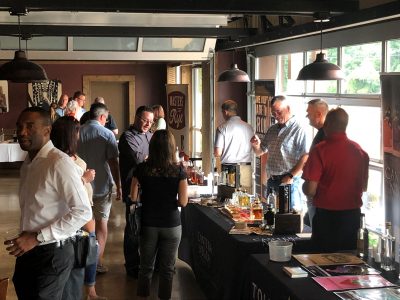 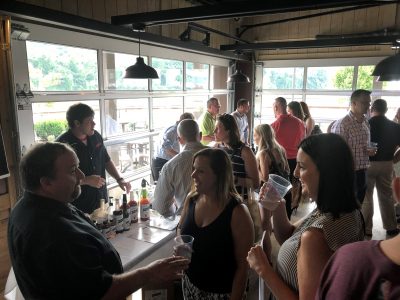 → Browns and Brownies: On August 8, in honor of the Cleveland Browns first pre-season game, the administrative team participated in a brownie bake-off. Each office administrator was responsible for putting their own flare on an American classic. → Spirits Manager Adam Acuff conducted a Bourbon Tasting on August 13 at Osso Farm Restaurant answering all bourbon related questions and allowing customers to sample some of our amazing offerings. During this presentation he displayed tips on how to incorporate high proof spirits into homemade cocktails. → Heidelberg and Wine Trends participated in The Barrington Napa Wine Classic on August 17. An elegant summer evening was enjoyed by participants with gourmet food, an energetic youth musical theatre performance, luxury car rides and a sampling of the finest wines from Napa Valley and around the world. → Cleveland hosted the annual Fine Wine Show on August 19, offering buyers a beautiful backdrop at Blue Point Grill with smooth jazz filling the air. We showcased an array of sophisticated, elegant wines; needless to say we had a great turn out! → U.S. Congressman Bob Latta visited our Toledo facility on August 7. A member of the Energy and Commerce committee, he has participated in recent hearings on drug and alcohol impaired driving (our industry is asking for better testing for marijuana). We also talked about making permanent the current tax cut for “S” Corp/”Pass through” businesses; the three-tier system for regulating alcohol; and keeping restrictions on shipping alcohol (we do not think the U.S. postal system should be allowed to deliver alcohol). Thanks to WSWA for setting up the visit and Greg Maurer, Heidelberg GM in Columbus and corporate Legislative Director, for attending. → PICNIC FUN! Toledo’s family picnic took place August 11 at the Toledo Zoo. It looks like everyone had a great time! THE COLUMBUS EMPLOYEE BENEFITS MEETING ON AUGUST 7 WAS A BIG SUCCESS, SAYS ADMINISTRATIVE MANAGER VICTORIA BORK, THANKS TO THE GREAT COLLABORATION BETWEEN THE ENTIRE HEIDELBERG ADMIN TEAM, OUR AMY CUNNINGHAM, THE IT DEPARTMENT, BENEFITS PROVIDER HORAN AND 5/3 BANK. ZOOM WAS ADDED FOR ASSOCIATES WHO WORK MORE THAN AN HOUR AWAY FROM THE OFFICE, AND THE MEETING WAS RECORDED AND LOOPED ONTO THE TV MONITOR IN THE EMPLOYEE LOUNGE FOR EARLY MORNING DRIVERS AND LATE-NIGHT SHIFT ASSOCIATES. THANKS TO EVERYONE! NEWS SALES PROFESSIONALS AND MANAGERS ATTENDED A TOUR AND TASTE AT THE WESTERN RESERVE DISTILLERY IN LAKEWOOD ON JULY 26. A VERY INFORMATIVE DAY WAS LED BY KEVIN THOMAS, CO-FOUNDER, CEO AND MASTER DISTILLER. A BIG THANK YOU TO KEVIN AND HIS TEAM FOR A GREAT JOB WITH TEAM YOUNGSTOWN!