All alcoholic beverages are made by fermenting some form of sugary brew into ethanol and CO2. Because yeast can only ferment so much before alcohol levels become toxic to them, we have to distill (or physically separate out the water) to get higher alcohol concentrations. And that’s why “spirits” are differentiated in two ways: they’re distilled, and they have higher average ABVs, from around 20% to as high as 80 or 90% ABV (most spirits fall somewhere much closer to the middle).

All spirits bottles have to be labeled with some pretty specific information: the brand name; the kind of spirit in the bottle (vodka, gin, tequila, rum and whisky); any further required details regarding the spirit, for instance the age of the whiskey if it’s under four years; the alcohol by volume (or ABV), which must be written as a percentage but will often also be labelled as “Proof”; the country of origin as well as address and name of the importer or bottler; and, last but not least, a big fat government warning about the dangers of alcohol.

Essentially, spirits and liquor are the same thing: the hardest alcohol product made possible by distillation, around the 40% ABV mark.

Spirits terminology can get confusing, but there’s a common ingredient running throughout (liquor, the base of all of it) and a few fairly simple relationships at play. 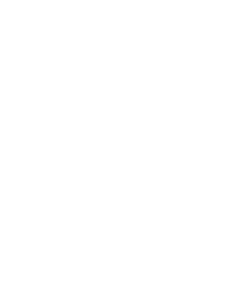 An alcoholic product that’s made from a grain or fruit/vegetable-derived sugar that’s fermented and distilled, yielding a lower water content and higher ABV.

Made from liquor, sweetened and often flavored.

A lower ABV beverage traditionally taken before a meal, flavored in a variety of ways but usually lighter and drier in flavor profile to stimulate the appetite.

A heavily flavored, low ABV product used as a kind of seasoning/spicing ingredient in cocktails.

Another name given to bitter liqueurs, aka “bitter amaros,” which are traditionally drunk as digestifs.

A lower ABV beverage traditionally taken after a meal, often flavored with herbs and spices known to aid digestion.

The basic concept of distilling is simple: making a harder alcohol from a lower alcohol base. But why do we have to distill hard liquor? Why can’t we just keep fermenting it to higher and higher ABVs? As often happens in the science of booze, it’s all about the yeast. As yeast eat up the sugars, to make beer or wine, they create alcohol and CO2, delightful waste products. But the more alcohol and CO2 they create, the less sugar there is for them to feed on. And at a certain point, around 14 to 18% ABV, the alcohol levels become toxic for the yeast. To create anything substantially “hard,” we can’t rely on yeast. To get high ABV alcohol, we have to actually physically separate alcohol from water using evaporation and condensation—this is the process of distilling.

Because alcohol has a lower boiling point than water, distillers can evaporate the alcohol by itself, collect the vapors into a tube and use cold temperatures to force the alcohol to condense back into liquid. In all of drinking history, just two methods of distilling have evolved:

Alembic, or “pot distilling,” was the first method in history (first used in alchemy). The “alembic” itself is the big kettle-shaped vessel where the primary fermented liquid, also known as a “wash” (or a “mash”), is heated up. Ethanol evaporates before water, traveling into a cooling tube and back into another vessel to condense. Less water present means higher ABV, hooray! But the ethanol isn’t necessarily alone in there. Compounds called congeners (e.g. esters, tannins, methanol, fusel alcohols) also evaporate during distilling, and can impact the flavor. The art of distilling is making sure you get the right amount of alcohol and any desirable congeners or flavoring compounds into the final product.

Column Distilling came out of the success of pot distilling. By the 19th century, commercial distillers were looking for a faster distilling method (the pot stills had to be washed after every batch). Robert Stein and Aeneas Coffey separately invented and improved upon the process of “column distilling,” which actually involves giant gleaming columns (they can reach stories high). In column distilling, the mash or wash is continuously injected into the column, with steam constantly rising up to meet it. The steam is programmed to be at the perfect temperature to strip alcohol from the wash and leave undesired compounds behind as it rises up through the column. Column distilling not only requires no cleaning between batches, the structure of the columns (and the ability to have several columns for alcohol vapors to continuously flow and refine through) allows for efficient, repeated distilling—which is why column distilling results in more neutral, higher ABV spirits than pot distilling (think vodka). And while not all column-distilled spirits are repeatedly distilled, some claim to have been distilled as many as 34 times.

When to Drink Spirits Neat